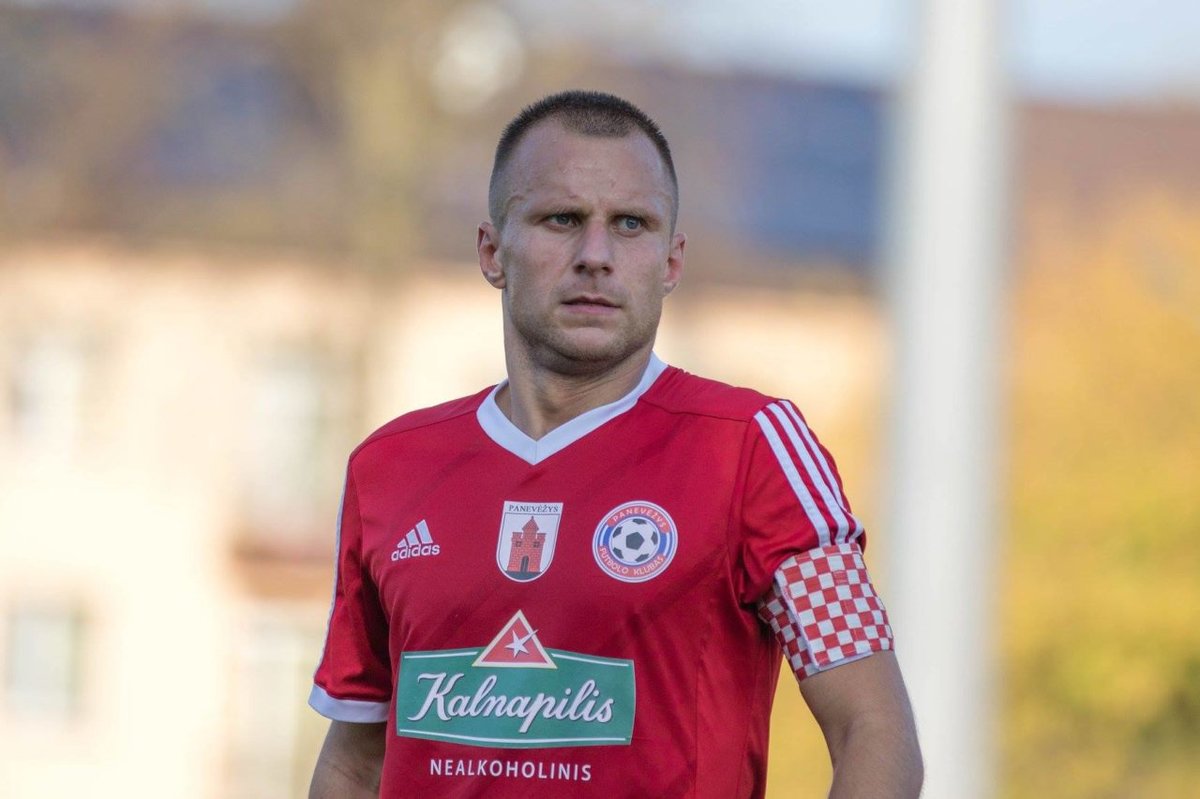 This Sunday, the captain of FC Panevėžys Paulius Janušauskas say goodbye to a professional career. In the final match of the A league season with the team of Kaunas district Hegelmann Litauen, P. Janušauskas will run to the field for the last time in the official match, wearing the T-shirt of FC Panevėžys.

At the end of 2017, the Panevėžys resident returned to his hometown, when FC Panevėžys was still competing in the Lithuanian First League championship. P. Janušauskas returned to Panevėžys from Marijampolė “Sūduva”, where he had just become the Lithuanian champion. Although he still had a contract with the Suwalki club that was valid for a year, the resident of Panevėžys decided to help his city team.

After changing the team of the country’s champions to the club competing in the First League, P. Janušauskas commented on his decision as follows:

“It is an even greater incentive to help the hometown team return to the elite of the country’s strongest teams. It may seem strange to some, but if FK Panevėžys were currently competing not in the First League but in the A League, my return would hardly have taken place ”.

The work of P. Janušauskas did not go unnoticed – he was elected Panevėžys resident of the year 2018. The six-time Lithuanian champion received honorable recognition for returning to his hometown in 2017 and achieving the goal – he helped Panevėžys footballers to win the 1st place in the First League and become one of the strongest teams in the country.

“I am very pleased with that assessment. I am glad that the city of Panevėžys has its own team in the strongest league of the country again. “I care about city football and I will try to help him as much as I can,” said the team captain.

Last year P. Janušauskas together with his teammates won the LFF Cup, and this year – the LFF Super Cup. This season, FC Panevėžys made its debut in the UEFA Conference League tournament, and this year won the same right again.

Last year, the footballer was successful not only on the pitch. P. Janušauskas successfully completed his studies at Šiauliai University, and also obtained a B license for a football coach, and is now seeking an A license.

The football player competing in the middle guard position became the Lithuanian champion six times during his career. He once won gold medals at the national championship in Marijampolė’s Sūduva, twice in Panevėžys ‘Ekranas and three times in Vilnius’ Žalgiris.

The 32-year-old Panevėžys football legend’s career was interrupted by injuries, so the footballer decided to say goodbye to his professional career. However, P. Janušauskas will not move away from his hometown or from FC Panevėžys.

Bronius Vaitiekūnas, the director of FC Panevėžys, is glad that the team has such a captain.

“Paulius is a real patriot of Panevėžys, who can be an example for all players. He is a true captain with great authority among both younger and older players. His deed four years ago is worth it. With other suggestions, Paul chose his hometown because he wanted to help Panevėžys football rise to the heights again, ”said the club’s director.

Anyone who wants to see P. Janušauskas wearing the T-shirt “Panevėžys” in the official match of the national championship for the last time will have such an opportunity this Sunday at the Aukštaitija stadium. The team meeting between FC Panevėžys and Hegelmann Litauen will start at 3 p.m.

Warsaw. Bemowo. Difficulties on Powstańców Śląskich and Górczewska during the weekend