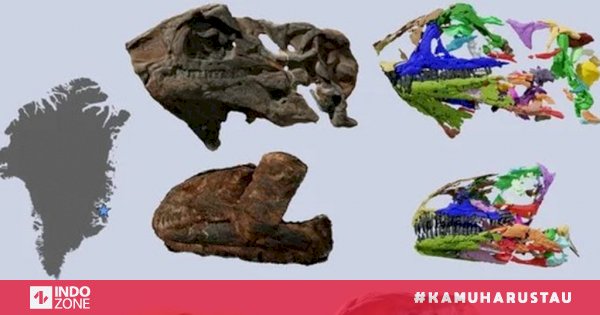 INDOZONE.ID – Dinosaurs are one of the animals that are often used as research material by scientists. However, scientists are only able to conduct research on dinosaur fossils, because dinosaurs themselves have been extinct for a long time.

Recently, an international team of paleontologists from Portugal, Denmark and Germany, including Martin Luther University Halle-Wittenberg (MLU) has reported the discovery of a two-legged dinosaur that lived about 214 million years ago. The dinosaur, known as Issi saaneq, lived in what is now Greenland.

As for its name, this dinosaur means “cold bone” based on the Greenlandic Inuit. The report of this research was published in the online journal Diversity under the title “Issi saaneq gen. et sp. nov.—A New Sauropodomorph Dinosaur from the Late Triassic (Norian) of Jameson Land, Central East Greenland”.

For your information, Issi saaneq is a herbivorous dinosaur that came with a medium size, long neck, and became the largest land animal that ever lived.

In 1994, researchers managed to find the remains of this dinosaur, in the form of two well-preserved skulls. The two skulls were found in an East Greenland excavation carried out by a Harvard University paleontologist.

“It is very interesting to find close relatives of the famous Plateosaurus, hundreds of which have been found here in Germany,” he said.

“The anatomy of the two skulls is unique in many ways, for example in the shape and proportions of the bones. This specimen, of course, belongs to a new species,” said Victor Beccari.

After conducting research, the two skulls are thought to be of a middle-stage juvenile dinosaur and a juvenile who is already in the adult stage. What do you guys think about the discovery of this dinosaur fossil? Write your opinion in the comments, guys!

Thanks to Mahmut Sungur, enforcers are allowed to wear headscarves or skullcaps

Why should Sanju Samson be dropped from the Indian team? Minister V Sivankutty asked the question