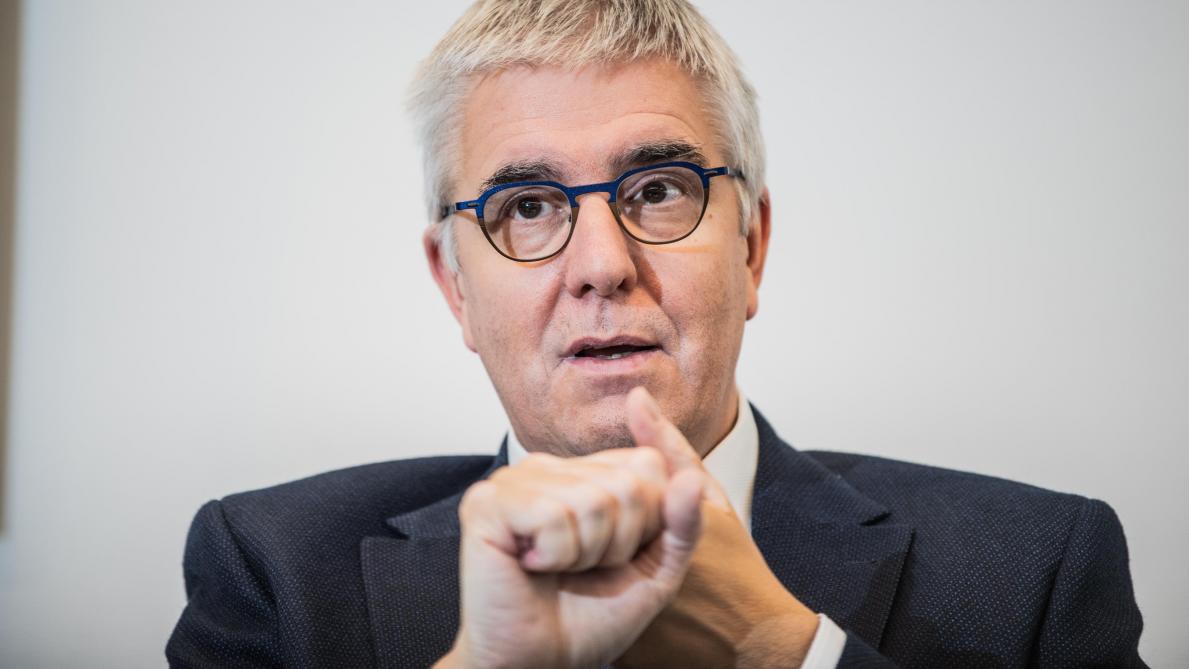 Pieter Timmermans, the managing director of the Federation of Belgian Enterprises (FEB), is not tender with the proposals of Minister Lalieux: “Some positive elements, but no consistency,” he told us.

Lhe Federation of Belgian Enterprises (FEB) was eagerly awaiting pension reform – one of Vivaldi’s important goals in its government program. The bosses were hoping for an “ambitious project”, the managing director of the FEB, Pieter Timmermans, reminded us in the middle of the week, when we had met him to discuss the social and political re-entry. The opportunity is missed: the project unveiled this weekend by Federal Pensions Minister Karine Lalieux (PS) is not up to the challenges, he told us on Friday.

” I am not disappointed ; this is not the right term. But rather surprised. When I learned of Mrs Lalieux’s proposals, I told myself that there were positive elements, such as the partial pension or the pension bonus. “

Pieter Timmermans is also satisfied with the fiscal status quo with regard to supplementary pensions. “Reviewing the taxation of the“ second pillar ”would have constituted a breach of contract – and therefore of confidence,” he explains, recalling that this fiscal status quo was “a common request of the social partners in the inter-professional agreement. “

But that’s about all he finds positive.

“I do not perceive the general framework of the reform proposed by the minister. However, the observation is there: we study longer and we live longer – and this is very positive; but careers are getting shorter and we want higher pensions. It is the squaring of the circle. And the fundamental question is this: how are we going to finance our pensions tomorrow? Ms. Lalieux does not want to touch the civil servant pension plan; it even suggests that the scheme for salaried workers should be aligned with that for civil servants. We did the math quickly: it would cost 41.3 billion more! “

Pieter Timmermans is also concerned that Minister Lalieux is proposing to make early retirement available from the age of 60 after 42 years of career. “We have raised the retirement age (Editor’s note: a decision taken under the previous legislature and that the minister does not question), but we want to lower it through the back door, if we can say so. . Where is the consistency ? Where is the long term vision? I do not see them ! And I am surprised. Because it is not enough to offer small things in the short term, but to make our pension system financially sustainable in the long term, ”he insists.

“Ms. Lalieux explains to us that allowing people to take their pension from the age of 60 if you have a 42-year career encounters the problem of painful poisons. But I do not see the link with the arduousness. I know people who started at 18 in administrative jobs. Moreover, we are moving towards a service company, where more and more people will be under employee status and in which physical hardship will be less. “

Can’t get a vaccine because of high blood pressure, immediately drink star fruit water so that the blood pressure is normal again