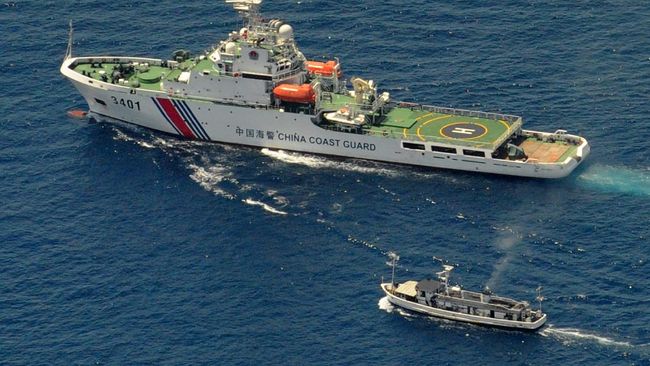 The Philippines will again place military supply ships for troops at the Second Thomas Shoal (Ayungin Shoal), in the South China Sea region (LCS) on Sunday (21/11). Previously, Philippine ships were intercepted China when trying to get into that area.

Philippine Defense Secretary Delfin Lorenzana said he had asked the country’s military to send their ship back to the Second Thomas Shoal. Lorenzana also said China would not interfere with them.

“China will not interfere with (the military deployment earlier) according to my conversation with the Chinese Ambassador (Huang Xilian),” Lorenzana said, quoted from CNN.

Not only that, Lorenzana claimed that he and Huang had had conversations since Tuesday (16/11), when the incident occurred, until Saturday (20/11).

Lorenzana also said that there would be no more ships and coast guard ships driving the Philippines if the country wanted to send their troops to the Second Thomas Shoal area.

“They (China) do not have the right to obstruct, prevent or disrupt our ship that is in the EEZ (Exclusive Economic Zone) area, whether it is fishing or carrying supplies to our detachment in Sierra Madre (naval ship) at Ayungin Shoal. ,” he added.

Meanwhile, the Chinese Embassy in Manila did not respond to a Reuters request for comment.

The head of the Philippine Military’s Western Command, Vice Admiral Ramil Roberto Enriquez, said that the number of Chinese coast guard vessels in the disputed area had dropped from three on Thursday (18/11), to two on Saturday (20/11).

According to the Philippines’ National Security Adviser, Hermogenes Esperon, there were 19 vessels near the Second Thomas Shoal recently and 45 vessels near Thitu Island, another Philippine-occupied area.

Earlier, the Philippines condemned the actions of three Chinese patrol boats that blocked and fired water cannons against two Manila ships in the LCS Sea region.

Philippine Foreign Secretary Teodoro Locsin said the ship was heading for the Second Times Shoal in the South China Sea when the incident occurred.

“The actions of the Chinese coast guard are illegal,” Locsin was quoted as saying Reuters, Thursday (18/11)

It also warned that Beijing’s failure to restrain itself threatens relations between the two countries.

Are there more side effects with the third shot?