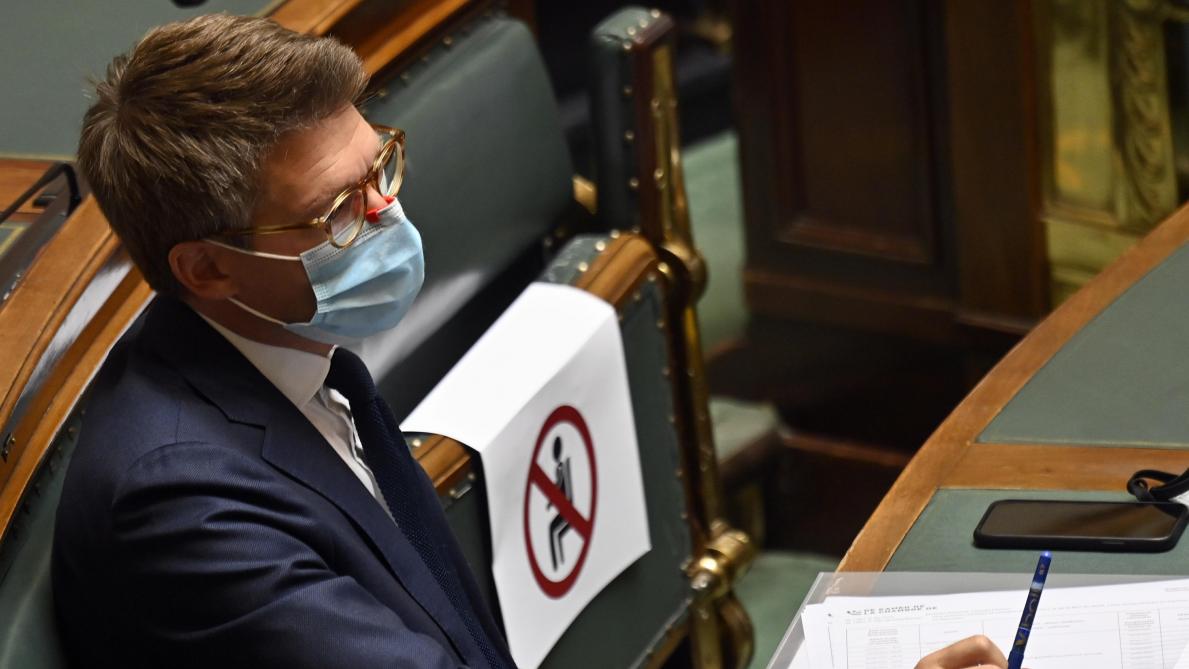 The appointment of Ihsane Haouach, veiled woman, to the post of Commissioner for Gender Equality, by Secretary of State Ecolo, Sarah Schlitz, sparks much ink.

A a few hours before the start of the consultation committee, Pierre-Yves Dermagne (PS), Minister of the Economy, was the guest of the Première. But it was first of all on the veil and the tensions within the federal government that the Vice-Premier spoke. “The veil issue does not divide the federal government. The position is clear and has been recalled by the Prime Minister ”assured the Socialist, recalling that there was no legal or procedural concern in the appointment of Ihsane Haouach, veiled woman, to the post of commissioner for the equality between men and women, by Secretary of State Ecolo, Sarah Schlitz. “His CV is fully in line with the post to be exercised as government commissioner. “

Pierre-Yves Dermagne regretted the recall, Thursday evening, of the Prime Minister in the House. “I regret that government affairs are managed through social networks. For me, it’s not okay. We do not run a country through Twitter, ”said the Minister of the Economy, pointing out, without citing, several tweets from liberals (including Minister David Clarinval). “It is a lack of respect for the other members of the majority and for the Prime Minister. “

“It is a complex subject which requires a calm, peaceful, in-depth debate. It touches on areas that are fundamental in our society. These are important questions that deserve better than polemics. “

End of the social bubble

Are the hours for the catering industry going to be harmonized? During previous meetings, it had been decided that the hospitality industry should close at 10 p.m. inside and at 11:30 p.m. outside. “For the sake of simplicity, they should be harmonized. But that’s not all that comes into play. It is a complex subject (…). I am a reasonable person. I try to synthesize the different concerns. There are concerns in terms of maintaining order, avoiding overflows, profitability… We will have to try to find a balance. “

The Socialist also confirmed that the gauge, for major events, will be discussed at the Concertation Committee. What about social and family bubbles? “We are entering a second phase which is less restrictive and which relies on the intelligence and goodwill of the Belgians”, assured Pierre-Yves Dermagne. “The measures that were followed have borne fruit. We can move on to a second phase by working in confidence, in good understanding. This is the beginning of the end of the bubble. It is the beginning of the resumption of normal life. It is the beginning of the return to life in society with a point of attention in relation to the evolution of the situation. We call on the Belgians to remain cautious. “

Is it useful to take a pain reliever before receiving a dose against Covid?