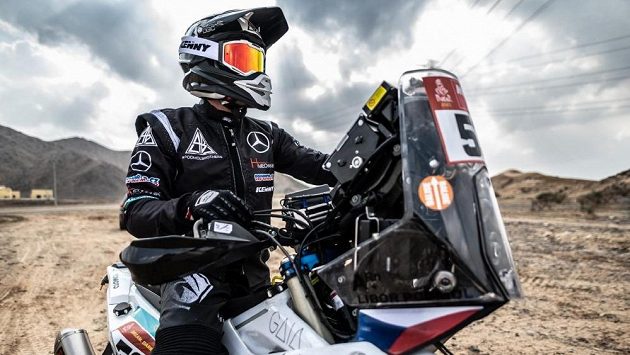 Change of plan. Motorcycle rider Libor Podmol will not take part in the Dakar Rally in January next year. The former world champion in freestyle motocross made his first start at the famous race this year, when he took 31st place. However, he has to postpone further participation for a year, as he is preparing for foot surgery in December, from which doctors will remove the screws after the fall of 2019.

Libor Podmol on the archive picture.

“After I threw myself headlong into training in the summer, my legs started to get angry. In agreement with my doctor, I decided to remove the screws from my worse leg. My health did not allow 100% preparation for the upcoming Dakar Rally. I decided for surgery , thanks to which I will hopefully be better off in the future, “Podmol said in a statement to ČTK. “Now I will get it right and next year I will be in better health for the next year,” he added.

According to initial plans, he was to undergo the operation in November, but eventually postponed the deadline by a month. On Saturday, November 27, he wants to present himself at the O2 arena in Prague at the 20th anniversary of the FMX Gladiator Games. “When I learned that the Gladiators would take place, we postponed the operation. So that I could jump the frontflip for Prague spectators,” said the motocrosser, who has 43 screws in his legs after a severe fall in April 2019 in Munich. He broke both legs in Germany at the time.

Rock’n’ride? The best domestic freestyle motocross riders and fighters from SuperEndur will go to the event

Podmol is currently in Namibia, where he is shooting a new film “Life is a goal”. It follows the film “The Road is the Destination”, mapping his path to the start of the Dakar Rally. “We will travel the world with him and try to come up with the question of how to live properly,” said the adventurer, who is going to continue filming in Eastern Europe and Sri Lanka. 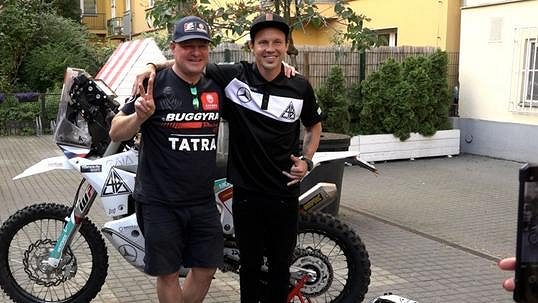 Podmol presented his plans for the Dakar 2022

The 37-year-old biker is already planning a racing program for next year. In the second half of March, he wants to present himself at the Africa Eco Race, a race that follows in the footsteps of the original Dakar. “It will be the first preparatory race for the Dakar 2023, which I would like to go around in good health,” said Podmol. He had previously announced that for the second time he would like to present himself at the famous race in the Original by Motul category, listed for riders without assistance.

Accident involving three cars on the E40 before the Battice interchange: the situation has been restored