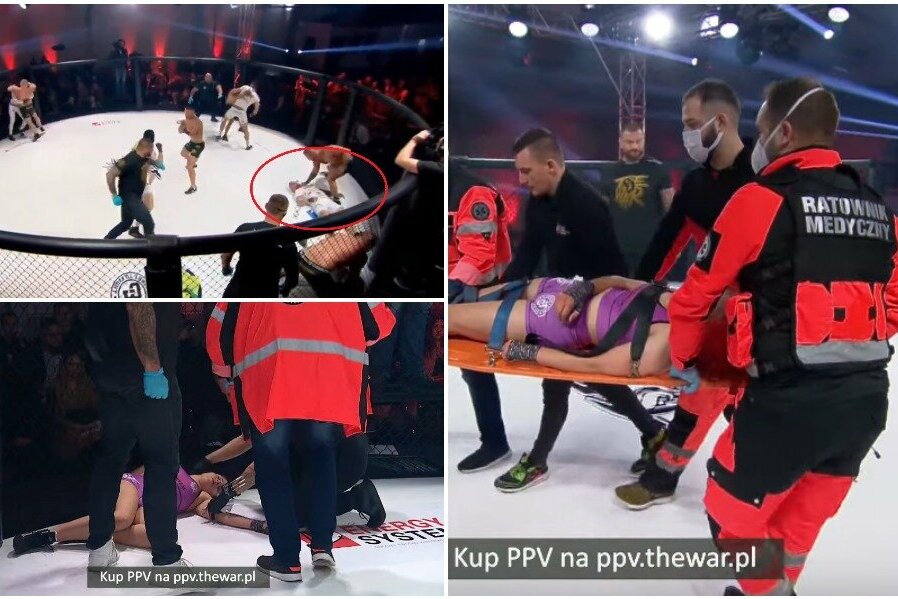 The Poles, who have recently become famous for their strange martial arts projects, are not going to stop – there were no strange episodes in the recent The War 3 Mixed Martial Arts (MMA) tournament.

As many as 10 athletes were injected into the cage in one of the evening’s fights. They fought 5 against 5. Although there were three judges in the cage, it was quite difficult for them to watch 5 fights at a time, which posed a serious threat to the health of the fighters. One of the athletes fell into a knockout at the beginning of the fight and “absorbed” at least 10 more blows to the head while lying unconscious. Only then did the judge run away, pulling the knockout fighter.

The rest of the team, without one of its members, soon had serious problems. The opponents used a quantitative advantage and were able to attack one opponent in two, so they soon knocked out several more opponents and consolidated their victory.

This world is fucked up 😂 #thewar3 pic.twitter.com/ntQn68jLKg

There were also women’s fights in the tournament, which ended sadly for one of the athletes. The athlete was left unconscious and left the cage on a stretcher. Her condition is not commented on further.

De Lijn is investigating bus driver who made 11 stops for…