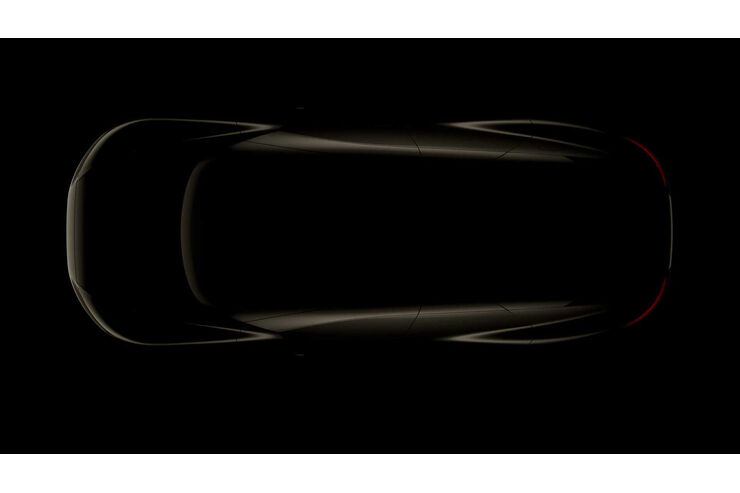 Porsche is launching a large crossover model above the Cayenne. The brand’s flagship is expected to be launched in the second half of the decade.

As reported by Automotive News, dealers in the US saw a first drawing of the model at a presentation. You report a “very atypical Porsche” shape with a “flat rear design”. The model is “half sedan, half crossover” and “daring” without any relationship to the Cayenne or Macan. A third row of seats is also possible.

A Porsche spokesman did not want to confirm or deny the existence of the model to the Automotive News. The drawing is a model from the Porsche Unseen program, “most of which do not get beyond the idea phase”. Even so, they would “keep exploring new ways in which we can compete in the future.” An explicit crossover model was not published in the Unseen series and, of course, is fueling speculation that Porsche may have already done an internal design study here, but withheld it from us.

At the end of 2020, Porsche had released a series of never-before-seen prototypes under the motto Unseen – including a Safari 911, a Porsche Van and the Vision 960 Turismo, an elongated sedan with four doors and … with an electric drive. In terms of design, the first design elements of the Taycan were already on view on the 1: 1 model in 2016. However, the sedan lacks any kind of crossover attitude. Here, of course, Porsche could use the Taycan Sport Turismo- / Cross-Turismo trick and give the model more ground clearance (for the battery stacks) and plastic add-on parts (for the SUV look).

Porsche flagship is based on PPE

Looking at the design description, it could be a Porsche model that is being created in cooperation with development partner Audi as part of the Artemis project. In mid-2021, the Ingolstadt-based company sketched the electric future with three concept cars. In addition to the large touring limousine Grand Sphere (project name Landjet) and the flat sports car Sky Sphere, the silhouette of a crossover was also released with the Urban Sphere. The latter will only be shown as a study in China in spring 2022. All three models are based on the Premium Platform Electric (PPE) developed jointly with Porsche. The Grand Sphere (see photo show) will be launched in 2024 and, like the Sky Sphere, will have a 465 kW electric motor with 750 Nm torque and an 80 kW battery.

Sure, the brand has to evolve!

No, Porsche SUVs are enough!

In the second half of the decade, Porsche is to launch a crossover sedan that is atypical for Porsche. This is how dealers want to see it at a presentation. Although Porsche neither denies nor confirms, the model could be based on the PPE basis developed jointly with Audi. This would make it a sister model to the touring sedan known internally at Audi “Landjet”.

The latest Oppo 2021 mobiles..so you don’t have to ask a lot

As part of the UAE National Day celebrations, the Expo will