Capacity reductions are all the more important here. Thus Ryanair has reduced its offer in Hahn in the current winter flight schedule from 29 to only 17 routes. In Weeze on the other hand one suffers from the fact that Ryanair has relocated numerous connections to neighboring Cologne and Dusseldorf.

As a result, a quarter fewer passengers are expected to take off and land at the airport this year. The airport is now missing so much revenue that he has recently officially asked for state help. Many regional airports share the fate of Weeze, albeit to varying degrees.

For years, airports with less than five million passengers a year have been having significant problems financing their own operations. Estimates suggest that between 60 and 70 percent of the total of 25 commercial airports in Germany regularly make losses and require support.

But by 2024 at the latest it will not be that easy anymore. Some time ago, the EU issued new aid guidelines, which stipulate that airports should at least finance their operating costs themselves. Although this policy is currently being reviewed routinely. But big changes do not expect industry experts.

Because the reluctance of low-cost airlines to exacerbate the situation at the small airports, which are usually in the hands of local communities and countries, the policy is looking for ways out. One idea: The federal government wants to finance the costs of air traffic control, which so far many small airports have to carry themselves. For the German air traffic control in the coming year should receive 20 million euros, from 2021 even 50 million euros annually.

But the idea causes criticism, especially in the German airlines. The Federal Association of German Airlines (BDF) complains an even greater distortion of competition than before. Since 1989, the air traffic control charges for 16 defined airports have been set by a single bill. Not the actual requested performance of DFS at a single airport is decisive, but the total effort at all 16 airports. 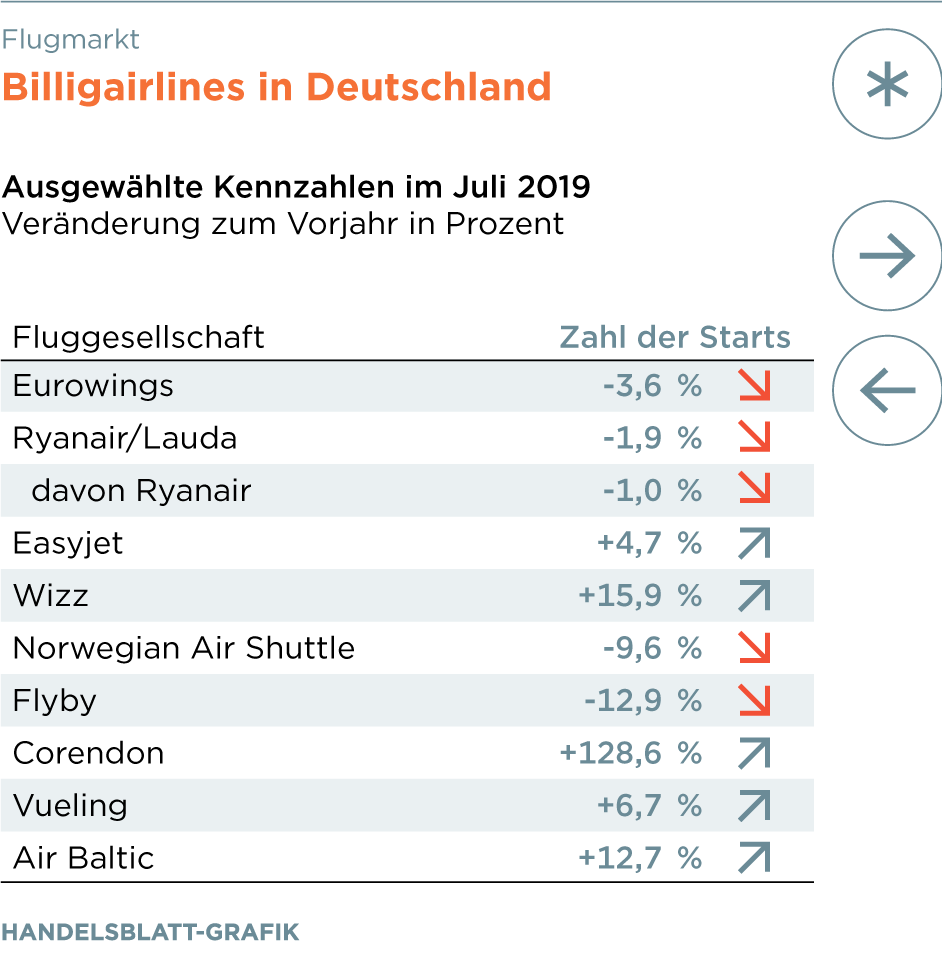 This has long been a thorn in the side of airline representatives. Thus, the users of the major airports would cross-subsidize the smaller, where mainly foreign providers are active. The current idea will reinforce this distortion of competition.

"While Ryanair would be financed from the federal budget by Hahn and Weeze, Lufthansa, Eurowings, Condor and Co. would have to pay their own fees in Frankfurt and Dusseldorf," complains BDF CEO Michael Engel.

For their part, the airport representatives argue that there is a dominant distortion of competition for such a solution. While the fees for 16 airports would be allocated, all other airports would have to finance the air traffic control itself. Financing by the budget will eliminate this malady, they say.

Incidentally, the fact that the federal grant could possibly be counter-financed from the revenue from the increased ticket tax does not make compromise in the dispute easier.

More: The growth of low-cost airlines is stopped. The airline managers push the costs at short notice. In the long run, only higher ticket prices will help.

"We, researchers, want to defend the autonomy of research and training"

Republicans and bioethics, a positioning in question

Dax and Eurostoxx: The appointments of the day