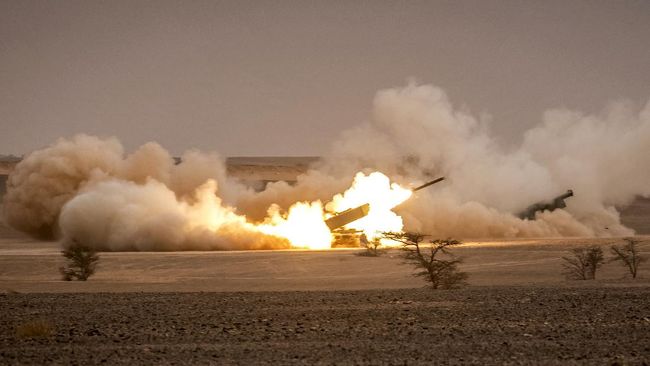 A number of news enlivened the international news on Tuesday (29/6), ranging from pro-Iran reply United States of America with rocket attacks up to Israel plans to destroy 800,000 Covid-19 vaccines are almost out of date if they don’t sell.

Pro-Iranian militias in Syria retaliated against US air strikes by firing a number of rockets towards the military base of the coalition led by the United States of America on Monday (28/6).

US coalition spokesman, Wayne Marotto, said that it immediately struck back by firing artillery fire at the incoming rocket.

The Syrian Observatory for Human Rights monitoring group reported that pro-Iranian militias fired rockets at the US military base in Al-Omar.

Based on their observations, US coalition forces fired heavy artillery into the militia-held town of Al-Mayadeen.

This exchange of attacks came hours after US troops launched air strikes against pro-Iranian militias in the Iraq and Syria border areas on Sunday (27/6) on direct orders from President Joe Biden.

News regarding the handling of Covid-19 in various countries is also still a concern. In Australia, at least 10 million people have been affected by the lockdown in four cities.

Brisbane became the last city to implement a lockdown. The Queensland government has ordered residents in the state capital, Brisbane, to stay at home for three days starting Tuesday (29/6).

On the same day, Perth residents in western Australia also began to follow the rules of the lockdown for the next four days.

Before Brisbane and Perth, Sydney and Darwin had already implemented a lockdown to reduce the spread of the Delta variant of the corona virus.

Israel has said it will destroy 800,000 doses of its near-expired Covid-19 vaccine if there is no buyer.

Israeli Public Broadcasting Company (KAN) reported that Israel would destroy the vaccine if no country would buy it past the expiration date.

However, as reported by the news agency Anatolia, CAN did not elaborate further on the expiration date and the company producing the Covid-19 vaccine.

Israel itself is known as one of the countries in the world with the most successful Covid-19 vaccination program.

To date, about 5.16 million people or 57 percent of the population in Israel have been fully vaccinated. Meanwhile, the total vaccine that has been injected has reached 10.7 million doses.

Only electric cars: – The end for petrol and diesel

The abolition of limits for specialists, no tax collection. The prime minister informs