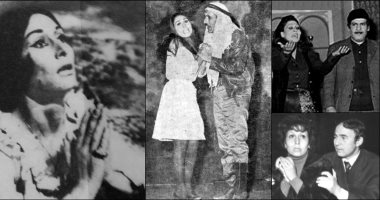 Amr Dawara: The cinema did not benefit from Suheir Al-Babli as the theater did

Critic and art historian Dr. Amr Dawara told Al-Youm Al-Sabaa that the cinema could not benefit from the great artistic energies of the late star Suheir Al-Babli and employ it in presenting the absolute championships – as she presented them in the theater – except in a very few films, however, it has succeeded in presenting Several major and important roles in a number of films, most of which were characterized by the nature of comedy, the most important of which are: Yom Min My Life, Janab al-Safir, The Most Dangerous Man in the World, Days of Love, Princess of My Love Anna, The Resignation of a Corn Scientist, Daqqa Zar, The Night of the Arrest of Bagiza and Zagloul, Night of Asal .

He added: Suheir Al-Babli is a capable artist worthy of all honors, especially after she succeeded in carving out a special place for her name and won the love and admiration of the Arab public in all the sister Arab countries.

Dawara also said: The truth is that despite her success and achievement of excellence in all fields, the theater remained the field of her artistic brilliance, as she starred in the plays: Suleiman Al-Halabi, My Country, My Country, Narges, Laila and Majnun. , on the sidewalk, and the scholar Pasha, and enter in formal attire.

As for her beginnings in the theater, Dawara said: She began her artistic life at the “National Theater” school and worked alongside the giants: Amina Rizk, Samiha Ayoub, Sana Jamil, Mohsna Tawfiq, Aida Abdel Aziz, Raja Hussein, Madiha Hamdi, Suhair Al Morshedy, and then she was transformed into roles. Comedy through the Comedy Theater Troupe, specifically plays: Josine and Fred (1966), to launch after that through the private sector teams, specifically through the “United Artists” troupe, to achieve its masses through the play “The School of Hooligans” (1971), and to become one of the most important stars The comedy theater in the private sector, which included the stars: Najwa Salem, Shwikar, Khairiya Ahmed, Mimi Jamal, Khairiya Ahmed, Nabila Al-Sayed, Hala Fakher, Esaad Younes.

Dr. Amr Dawara presents “The Seventh Day” with rare pictures of the late star Suheir Al-Babli, who embodies several characters she presented in the theater, including: Munira in the play “The People Who Above”, Helena in the play “The Death of Cleopatra”, Bahia in the play “Ah, Yalail Ya Qamar”, Narges in the prepared text entitled “Narges” about the masterpiece of the French writer Jean Anoui “The Savage”, a noble university student in the play “The Case”, the wife of the Sayyid in the play “Al Farafer”, the girl is the daughter of Hedaya al-Araj, the roadblock in the play “Suleiman al-Halabi”, the Ghanaian Fatima bint Berri The one who tried to seduce Mr. Al-Badawy with the play “My Country, My Country”, the journalist Leila, who was madly in love with her colleague poet Saeed, with the masterpiece of the creative poet Salah Abdel-Sabour “Laila and Majnun”, Fawzia, the suspicious, suspicious wife in “Josine and Fard”, and in the private sector teams: Effat Abdul Karim is a school Philosophy in the play “The School of the Rioters”, the butcher Sakina in the play “Raya and Sakina”, the school Safia, who returns from one of the Gulf countries in the play “A Raseef”, the dancer Soska in the play “Alama Pasha”, in contrast to her brilliance in embodying several characters from the world stage in the Arabic language Al-Fusha, in the forefront of which is: “Marian in Mass Rahia “The Heir”, the girl Yerma with the masterpiece of the Spanish writer Garcia Lorca “Yerma”, the lover of the road, Raifa in the play “House of Glass”, Adele in the play “House of Bernard Alba”.

And he also said: Finally, I can only turn to God and pray to bestow mercy, forgiveness and paradise on this able artist, the reward of what pleased us with her creative abilities in various artistic channels, and her excellence and brilliance in presenting various tragic or comic characters, whether in classical Arabic or in the colloquial dialect of bicycle, and whether They were for figures from the popular environment or from the aristocracy.

It is noteworthy that the artist, Suhair Al-Babli, was born on February 14, 1935 in the Faraskour Center in Damietta Governorate, and her father was the first to discover her talent and predict her artistic future, especially as the talent appeared to her at an early age as she imitated artists and some family members.

She was convinced of the necessity of refining her talent by studying, so she joined the Higher Institute of Dramatic Arts and the Higher Institute of Music at the same time, but unfortunately she did not have the opportunity to complete her studies in either of them due to facing great family pressures, especially from her mother, who refused her professionalism in art.

It is reported that she had benefited from joining the Institute in getting to know some of the professors (led by artists: Fattouh Nashati, Hamdi Ghaith, and Abdel Rahim Al-Zarqani), and the artist’s enthusiasm for her talent and belief in her artistic abilities had the greatest impact in encouraging and directing her to join the National Theater group. Which she joined after that, specifically in 1958, and is credited with her success since her first roles in the band, in drawing attention to her talent, through her embodiment of the role of “Al-Ghazia” in the play “The Deal” by the able writer Tawfiq Al-Hakim.

These are 5 Benefits of Oyster Mushrooms for Health, One of which Increases Immune