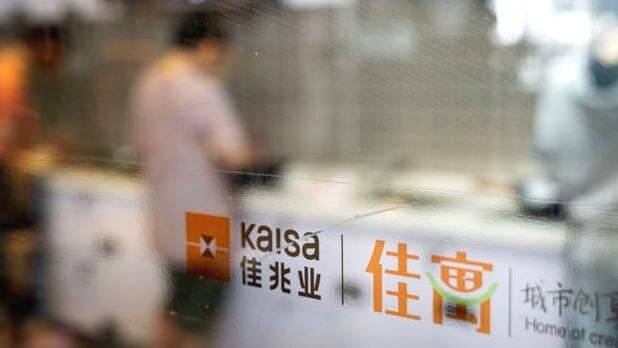 BEIJING: The real estate crisis in China is once again worrying the global economy. Leading builders, the Kaisa Group, are in crisis without even being able to repay the loan. The fall of Kaisa is the latest sign that the real estate sector in China is facing severe economic hardship.

Evergrande temporarily avoided a crisis by repaying its loan interest rate, although it was thought that the collapse of Lehman Brothers, a US financial institution in 2008, would pose a similar threat to the subsequent global financial crisis. In addition to the debt trap, the rating downgrade is also plaguing Kaisa. Another real estate company, Modern Land, has also reportedly been slow to repay the loan.

Chinese real estate companies have been building flats and other structures on a massive scale to pay off debts. As the economic crisis intensified, more than a thousand projects came to a halt halfway. A situation where apartments cannot be offered even to paid customers.

About Rs 10 lakh crore is due on purchases, including cement and wire. Salary and arrears of employees. The failure to shift to other businesses, including electric vehicle manufacturing, led to Evergrande’s big fall.

Many global companies and financial institutions have poured large sums of money into China. The collapse of Chinese real estate will cause huge economic losses. This will affect the global economy itself.

Adam Niedzielski announces guidelines for doctors after the death of a 30-year-old – naTemat.pl