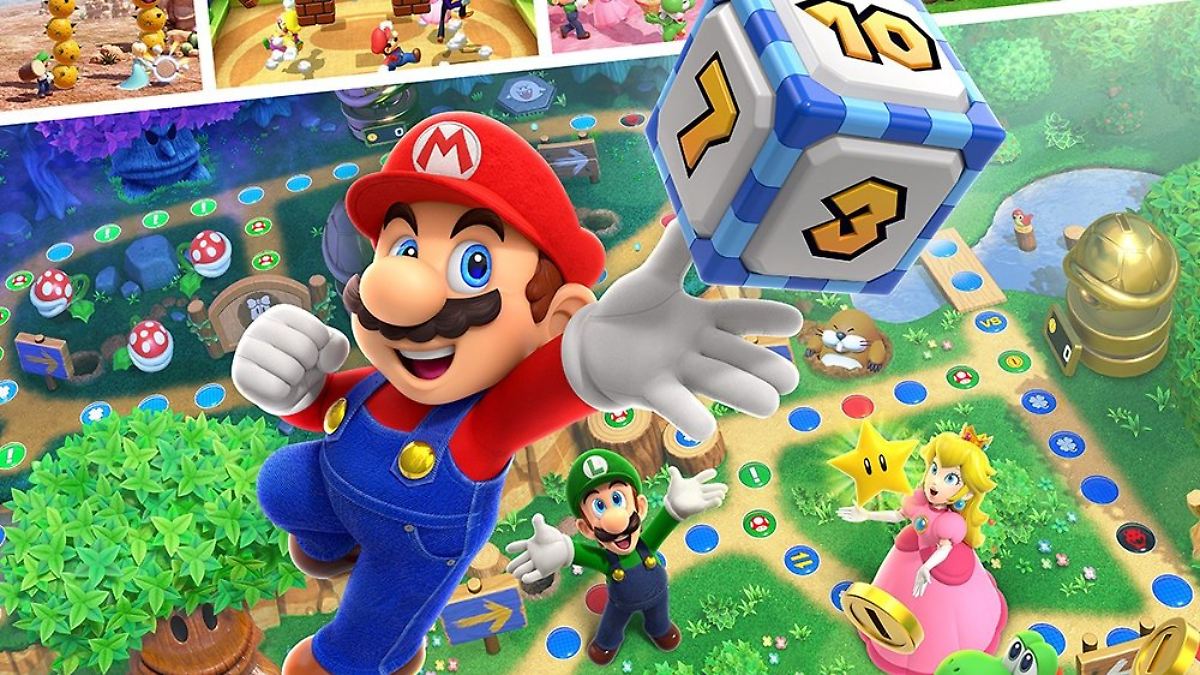 Figures from the Nintendo universe have been dueling each other in the popular party mode for 23 years. “Mario Party Superstars” combines the best elements of the series and shines with mini-games that do without a feature of the Switch console, but are more fun.

“I pressed …”, “How can you be faster …”, “Why now everyone against me again ?!” With “Mario Party Superstars” the emotions boil up, especially when there are four players at the same time on the Joycons. The last bastion of communal living room game fun puts another “Best of” on the Switch console, daring nothing new, but lets Nintendo fans wallow in memories. More than 100 mini-games in different modes provide plenty of variety because they are kept simple without losing creativity.

In the meantime, the series has been on the plumbers’ hump for 23 years and has already provided the magic of dice on consoles such as the N64 and GameCube. Then came numerous versions that tried to liven up the genre with new ideas. The current edition of Superstars goes back in time and keeps the gameplay simple – and that’s refreshingly good. Nintendo does without motion-controlled mini-games, no character-specific dice and auxiliary characters. There are simply four characters from the Mario universe who are rolling the dice on the virtual game board.

Little has changed in principle. After the players have rolled a sequence, stars and coins must be collected. On the one hand this works with event fields on the game board, on the other hand with the mini-games. Of course, tactics also have to be used. Various bonuses can be activated with certain items that can be bought from the mushroom-headed Toad. That ranges from the additional dice to star stealing from the opposing players. If two players land on the same field, they duel for coins.

The number of game boards (five) are manageable, but the level of detail is the absolute eye-catcher in “Mario Party Superstars”. Horror Land, Peach’s birthday cake, Space Land, Yoshi’s tropical island or Woody’s forest all have their peculiarities and must be played differently. But they are all colorful, lively and varied. Experienced party lions already know the cards from the previous versions, so it’s a shame that Nintendo hasn’t dusted and polished up even more game boards. You could also think that the number of characters in the eponymous term “Superstars” would be something special. But with ten playable characters from the Nintendo universe, this area remains manageable.

The mini-games are of course the centerpiece and a lot of love has been put into this. While the games are kept simple by the controls, the game forms, in the 3-on-1 variant, are extremely difficult. Depending on the mini-game, they feel almost insoluble for one side or the other, regardless of the ability of the individual players. And yes, some games are very similar in principle, but usually you don’t get them served on one of the game boards in the same party round. The 100 games with funny titles like Koko-Kuller, Draisinen-Wahnsinn and Co. are also a “best of” from older Mario titles and range from fast-paced races to memory exercises.

The one very big strength

What works great locally in the living room with friends is a bit tougher as a solo player. You can adjust the level of difficulty of the computer opponents, but there is no real fun in the game. It’s good that Nintendo has included a full online mode for the first time. And it works surprisingly without any problems.

“Mario Party Superstars” skillfully celebrates the good old days and the best moments of the series. In addition, there is a very great strength: It can develop a great dynamic of its own when playing with friends. There is then rivalry, teasing, teasing and laughing together. The series is already unique in its form, the newest part is expanding again in this area. For beginners and fans who gamble on company, the title is a perfect and timeless addition.