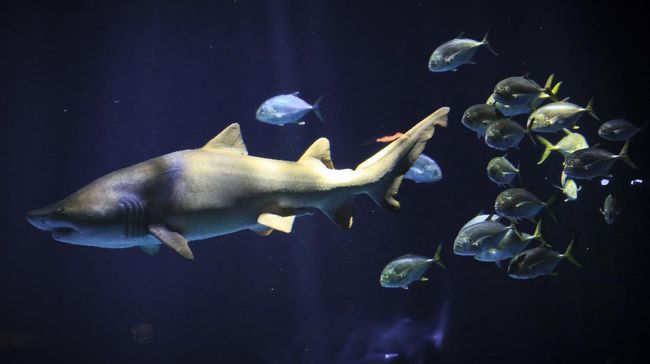 Jakarta, CNBC Indonesia – A recent study uncovers a unique fact about the phenomenon of the white shark which has several times preyed on humans who were surfing and swimming in the ocean. This is said to be closely related to the perception of the human form.

Quotes CNN International, researchers from Australia’s Macquarie University in Sydney say that humans swimming or rowing bear a strong resemblance to seals and sea lions in the eyes of juvenile white sharks.

“Great white sharks, along with bull sharks and tiger sharks, are the ones that bite humans the most,” the researchers said in a press release, quoted Thursday (28/10/2021).

“Most of the sharks are color blind, meaning the color on the surfboard and wetsuit makes little difference in the shark’s view of humans in the water,” the researchers added.

These results were also obtained from underwater video studies of seals, sea lions, and humans swimming and surfing in various ways. Then the scientists used a stationary camera and a mobile camera to capture and analyze the footage.

“We attached the GoPro to an underwater scooter, and set it up to travel at cruising speeds typical of predatory sharks,” said lead author Laura Ryan, a post-doctoral researcher on animal sensor systems at Macquarie University’s Neurobiology Lab.

Furthermore, research also uncovers the fact that the incidence of sharks preying on humans has increased substantially in the last 20 years.

According to the World Wildlife Fund (WWF), sharks are the world’s largest predatory fish. They swallow their prey whole and then tear it in their mouth.

New restrictions in November? Mandatory masks in schools and universities

AGNELLI CLEAR IDEAS, NEDVED GREAT JUVENTINO, TO UNDERSTAND IF HE WILL BE A GREAT MANAGER