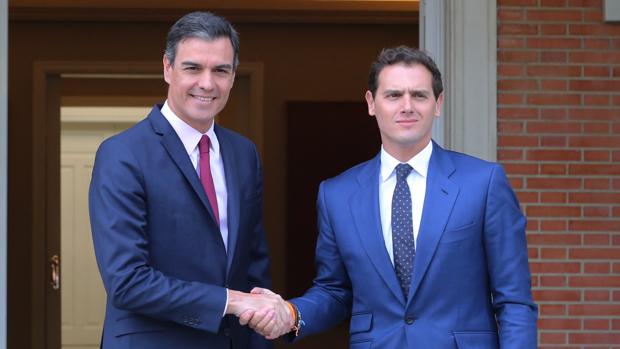 The president of Citizens, Albert Rivera, has opened up to also agree with the PSOE and not only with the PP, as he had done so far, as long as the socialist leader assumes a decalogue of draft reforms that includes curbing the president of the Generalitat, Quim Torra.

Although Rivera aspires to lead the next Executive, "if the Spaniards decide that it is the PSOE who governs" and send Cs to the opposition, he will support Sánchez if he assumes the "state reforms" proposed by the orange party, Rivera said in his first pre-campaign ceremony held in the auditorium of the Mutua Madrileña. .