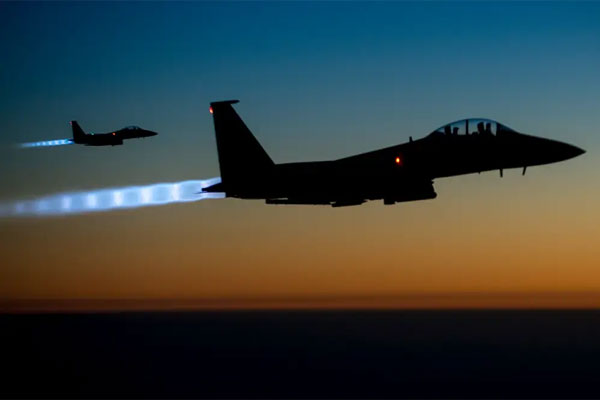 RIYADH – Airstrikes launched by the coalition led Saudi Arabia to the region near Marib, Yaman , managed to kill at least 115 Houthi rebels. The airstrikes were launched on the last stronghold of pro-government forces in the north of the country.

The Saudi-led coalition, which supports Yemen’s internationally recognized government, has reported attacks almost daily for the past three weeks. The attacks they claim have resulted in around 2,600 deaths on the part of the Iran-backed Houthi rebels.

“Air defense forces shot down an explosives-laden drone that was flown by the “Houthi terrorist militia” from Yemen towards the town of Khamis Mushait, in the southern region of Saudi Arabia,” the statement said.

“We are addressing the source of the threat to protect civilians from enemy attacks,” the Arab Coalition said in a tweet.

While the Houthi rebels, who have been waging attacks against the government for months, rarely comment on the losses the Saudi-led coalition claims. As a result, it is difficult to independently verify the number of victims.

On Wednesday, the Houthis reportedly attacked a telecommunications tower in Marib with a ballistic missile. “The attack caused the disruption of communication services in many areas,” said a government military official.

Yemen’s civil war began in 2014 when the Houthis seized the capital Sanaa. This condition prompted Arab coalition forces to intervene to prop up the government in the following year. Tens of thousands of people have been killed and millions more displaced in what the United Nations has called the world’s worst humanitarian crisis.

Hubble is back in safe mode

“The time has come to have this debate”