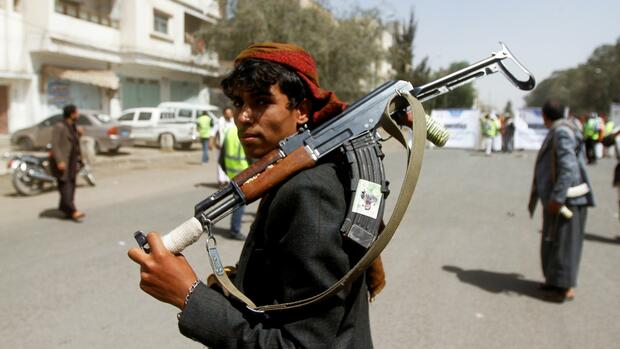 Sanaa In Yemen, the military alliance led by Saudi Arabia has announced a unilateral ceasefire for two weeks from Thursday. The goal is to prevent the impending spread of the corona virus, the Saudi military coalition told the state news agency SPA on Wednesday evening. The move follows a corresponding call by UN Secretary-General António Guterres to stop fighting because of the risk of the virus.

The Houthi rebels who are fighting the Saudi alliance in Yemen and who are supported by Iran did not initially comment on the move. Meanwhile, the spokesman for the Saudi military coalition, Turki al-Malki, also announced a possible extension of the ceasefire.

This could create conditions for a meeting between representatives of the Yemeni government and the Houthis to talk about steps towards a permanent ceasefire, said Al-Malki.

UN Special Envoy for Yemen Martin Griffiths welcomed the announcement. “I am grateful that the Kingdom of Saudi Arabia and the Arab allies recognized and reacted to this critical moment for Yemen,” said Griffiths. The unilateral ceasefire will create a “favorable environment” to advance the political process. Griffiths, as a UN special mediator, has been trying to resolve the conflict for more than two years.

So far, no infections with Sars-CoV-2 have been officially reported in the civil war country. An outbreak could have devastating consequences: Medical care in the bitterly poor country on the Arabian Peninsula is very poor. Thousands of people have already died of the consequences of the curable infectious disease cholera. Only about half of the health centers in Yemen are fully operational.

UN chief Guterres called for a ceasefire in Yemen two weeks ago because of the pandemic. The parties to the conflict should concentrate on a political solution and do everything possible to stop the impending outbreak of the corona virus.

The UN development aid program UNDP spoke of an “invisible tsunami” that could reach Yemen at any time. Covid-19 is a “new, relentless opponent who will be invincible if the armed conflict continues,” UNDP said last week.

The civil war in Yemen has been raging since 2014 when the Houthi militias supported by Iran overran the impoverished country. They brought large parts of the north, including the capital Sanaa, under their control. When they threatened to take the strategically important port city of Aden in the south, Saudi Arabia entered the war with allies. The alliance has been bombing Houthi positions since March 2015. The humanitarian situation is catastrophic: more than 80 percent of the roughly 30 million inhabitants depend on help.

The fighting in Yemen had calmed down towards the end of 2019. According to observers, the country experienced one of the comparatively quietest phases since the beginning of the war. Then, in mid-January, a rocket attack on a military camp in the Marib province east of Sanaa followed, killing more than 100 government soldiers. Nobody confessed to the attack. The government of internationally recognized President Abed Rabbo Mansur Hadi blamed the Houthis for this.

According to experts, the Houthi rebels (“Ansar Allah”) and their allies in Yemen are as strong and well organized as they have been in two years. With drones and rockets, they regularly attack targets in neighboring Saudi Arabia.

They also penetrated east in the Marib province into areas controlled by the government. The Saudi military alliance fighting alongside the government then intensified its air strikes in the country.