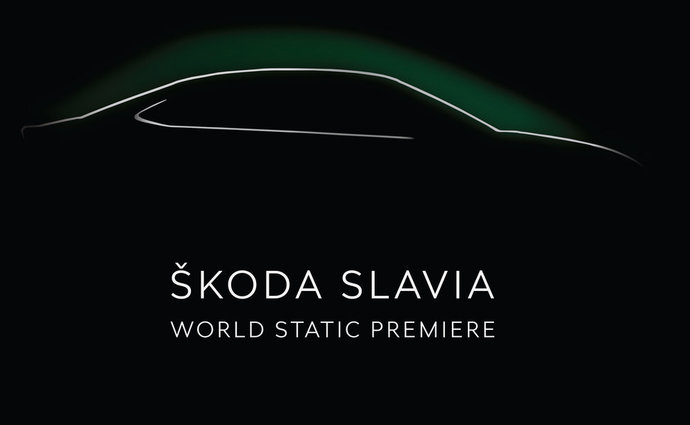 The second serial model produced within the India 2.0 project will be presented tomorrow at 9:30 Central European Time.

In recent weeks, the Mladá Boleslav carmaker has been attracting us to the premiere of two models. The first is the modernized SUV Škoda Karoq, which we will have to wait until November 30 to unveil it. However, the second premiere is the brand new Škoda Slavia sedan, which will be introduced tomorrow.

We will all be able to watch the world premiere of the new sedan for the Indian market, which will become the second mass-produced model in the India 2.0 project, via a live broadcast on YouTube, which starts at 9:30 Central European Time.

Let us remind you that the Škoda Slavia is a compact sedan of the A0 segment, which is extremely popular in India. The first published sketches then reveal an emotional dynamic exterior design, the balanced proportions and silhouette of the car should evoke a coupe.

The spacious cab should offer a free-standing infotainment display, round ventilation vents and Škoda signs on the sides of the instrument panel – similar to the new Fabia. In addition, the carmaker promises a number of practical Simply Clever elements.

Like the Kushag SUV, the new Slavia sedan is also built on the MQB-A0-IN platform. It is a variant of the modular platform MQB of the Volkswagen Group, which was specially modified by Škoda Auto to meet the requirements for the Indian market.

The very name of the Slavia car then refers to the car’s rich history. The first bicycles, which were sold in Mladá Boleslav in 1986 by the founders of the brand, Václav Laurin and Václav Klement, bore the same name. Motorcycles were also given the same name. The new Slavia model thus pays homage to traditions and at the same time wants to be the beginning of a new era for Škoda in the Indian market.

sinead meader canada: The nearest grocery store is 544 km. At a distance, the phone does not even have range; This is the life of a young woman