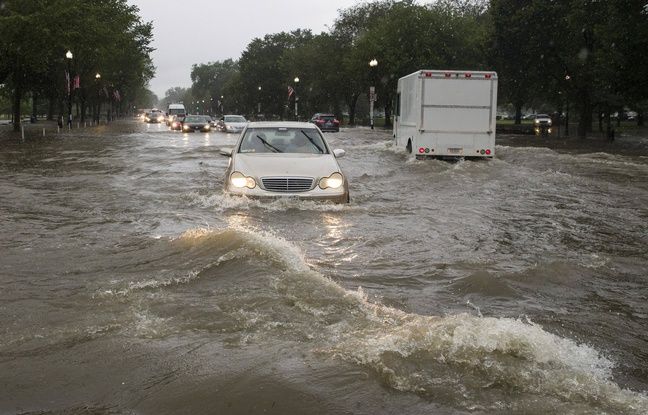 Streets turned into a river, flooded metro stations and leaks to the White House: Washington was hit by torrential rains on Monday, which caused flash floods. After a nightmarish morning, the situation gradually returned to normal in the evening, even if the transport was still very disturbed.

We used to have a creek and a yard. Now just a creek I guess. pic.twitter.com/xgXbUrXmTW

It's official: The White House is basement flooding. pic.twitter.com/f1DR6awE89

We got a bit of an issue here … pic.twitter.com/58g9RJfm0c

In some places, rainfall has exceeded 100 mm in two hours: this represents 100 liters of water per square meter, the equivalent of the average monthly July in the US capital. At 7 pm, however, the authorities had not reported any serious injuries.

Serrat and Sabina, until life separates them