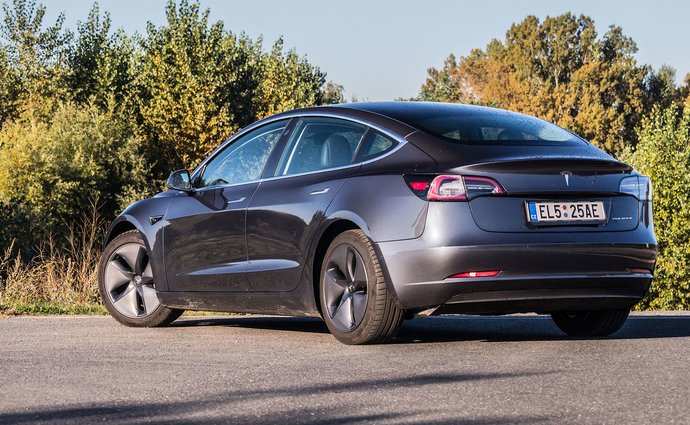 The problem of lack of production components has various consequences. For example, in September, the Tesla Model 3 became the best-selling car in Europe.

New car registrations in Europe have been very weak in recent months. This was also true in September, when, according to the analytical company JATO Dynamics, only 964,800 cars were registered on European markets, a quarter less than a year ago. It also resulted in an unexpected number one on the market.

This is the Tesla Model 3, which in September became not only the best-selling electric car in Europe, but also the most sought-after car in general. The Model 3 thus has two firsts – the electric car has become the best-selling car in Europe for the first time, and at the same time the car manufactured outside the old continent for the first time.

This time, the former number one in the European market, Volkswagen Golf, had to accept fourth place, with 17,507 registered units 39% less than a year ago. The sixth overall Opel / Vauxhall Corsa fell even more sharply, by 41%. On the contrary, it is again in the top ten Hyundai Tucson, its 14,088 units are 40% more than a year ago, which proves that the Korean brand has enough chips and that the current generation of this compact SUV has been very successful. The best-selling Škoda model in September was the Fabia, with 7,255 registrations, ranking 37th among models.

Tesla’s success is underlined by the fact that it was better in September sales than many established brands, such as Fiat, Seat or Nissan. The advent of the Model Y SUV, which became the second best-selling electric vehicle in Europe in September, also helped. With 8,926 registrations, the Volkswagen ID.3 also surpassed the Renault Zoe. By the way, the recently mentioned Dacia Spring also appeared among the 10 most popular electric cars, with 4,166 pieces.

“The industry has responded well to the pandemic this year, but is now facing new supply chain challenges,” said Felipe Munoz, a global analyst at JATO Dynamics. If in the first half of the year registrations in the monitored markets increased by 27% year-on-year, the result for the three quarters of the year is only 7% higher than a year ago.

“Dealers continue to face problems with the availability of new cars due to a lack of chips. As a result, many consumers who are not willing to wait more than a year for a new car have turned to the used car market, ”adds Munoz, drawing attention to today’s major trend. This is one of the reasons why used prices are gradually rising.

The lack of parts is less affected by electric cars and plug-in hybrids. Due to fleet emissions, it pays to make such cars for manufacturers, so they prefer to provide the missing parts for these models. That is why sales of these cars are gradually growing and with them their market share.

The rookie employee took the initiative to work overtime on the first day of employment, the boss collapsed the next day: the company was paralyzed-Dongsen News