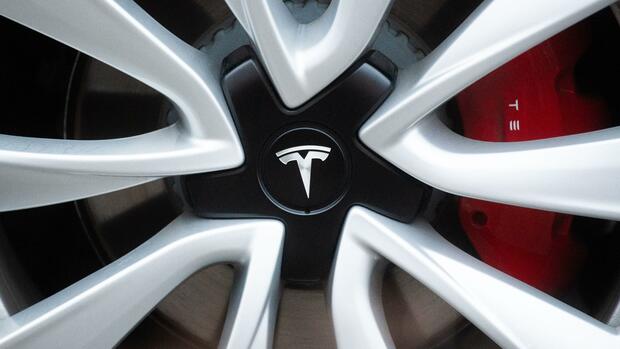 Opinions about the true value of the company have long been divided. Skeptics still consider the electric car manufacturer to be an over-the-top marketing event that will run out of steam when the established industry goes into series production of its own electric cars. The volts of the Tesla founder Elon Musk, who either competes with the market, regulates the stock exchange or the laws of business administration, give this view new nourishment again and again.

The fact that Musk let his factories continue to run when the US authorities ordered a closure due to the corona pandemic testifies to a certain unscrupulousness. However, optimists see the company as a game changer who swaps more than just the drive in the auto industry. Musk consistently questions processes and procedures that were previously regarded as established in the industry. Tesla doesn’t just want to build electric cars.

The company is preparing to turn the computer on wheels and thus the added value of the industry. It is a concept that is more crisis-proof than expected even in corona times. While Dyson has now discontinued its electrical plans and Faraday Future continues to postpone its market launch, Tesla is increasingly becoming a stable company.

There are the numbers. If Tesla was still struggling with the start of series production of the Model 3 a few months ago, the problems have now apparently been resolved. Tesla delivered almost 90,000 cars in the first quarter – significantly more than expected. Just over a year after the groundbreaking, the new factory in Shanghai is also running, and thus the first production outside of the USA. Deliveries in China keep the company liquid, while production in domestic California has now ceased.

The model range is getting wider. Model Y has been available in the USA since the beginning of the year. Tesla delivered the brand’s first compact power SUV not only on the promised schedule. Product tests also give the car a leap in quality, gaps and the dimensions obviously fit much better than in previous cars. Model Y is not only a leader in battery technology, Tesla is able to update the car’s software completely “over-the-air”.

The Model Y is to be built in Grünheide south of Berlin in the coming year. It doesn’t look like Tesla is hooked on the ambitious project right now. One cannot say that of the German competitors. Unlike Tesla, the gap between aspiration and reality is growing. BMW bravely pushed ahead with the “i3” in 2013, but doesn’t want to add more with the “i4” until 2021.

Daimler and Audi finally have their electric SUVs on the street, but the debutants’ track record is sobering. Even before the outbreak of the corona crisis, Audi had to stop the production of the Stromer because there was a lack of battery cells despite modest numbers. The Mercedes EQC has so far not been able to impress customers, although the market for electric cars is now growing strongly.

The first Stromer with a star did not even make it into the top ten best-selling electric cars in Germany in March. The Tesla Model 3 continues to lead the way, and the industry is now looking forward to Volkswagen. At the beginning of the year, VW CEO Herbert Diess gave a fire speech to his top managers and called for the company to be transformed into a technology group.

The acid test is called ID3 – the Wolfsburg company with the start-up of the brand’s first mass-produced electric car. Volkswagen apparently does not succeed in mass-producing the car’s complex software. There is a lot at stake: If VW does not manage to get at least 100,000 units on the road by the end of the year, the VW group will break the EU’s climate requirements.

There is little to suggest that the EU Commission will relax the requirements due to the corona crisis. It is not only for VW that the time window is getting smaller and smaller, ready for series production of electric cars. It is still unclear how the auto industry will weather the crisis. Adaptability becomes a key factor. Tesla has proven to be very learnable in the past few months and dominates the most important domain of the industry with its series production. So far, it cannot be seen that the established players master Tesla’s core skills.

KfW chief Bräunig prefers to work in the background