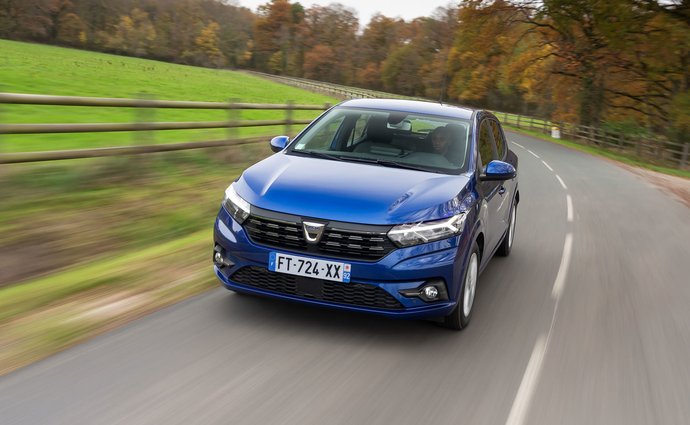 The current generation of Dacie Sandero remains a hit. Perhaps due to the chip crisis, it remains at the top of the European new car sales rankings.

The situation in the European new car market remains uncertain. Specifically, in August, according to statistics from the analytical company JATO Dynamics, which counts sales in 26 European countries, new car registrations fell by 18% year on year. Nevertheless, he has one winner this year, Dacia Sandero.

For the second month in a row, the Dacia Sandero won the title of the best-selling car on European markets. In addition, with 14,961 registrations, its sales increased by eight percent year on year. Sandero benefits not only from the advent of the new generation, but paradoxically probably also from the current lack of chips – thanks to its simpler design, it is not as dependent on semiconductors as other models, which is currently suitable compared to the competition. The strong summer means that in the period from January to August, the Sandero is the fifth best-selling car in Europe. On the other hand, compared to August 2019, the time before covid-19, Sander’s registrations fell by 16%.

Similarly, Duster also got high, rising to fourth place with 11,327 registrations. In addition, he helped himself by four percent year-on-year. And it was only recently that the Duster facelift arrived on the market, which will certainly further affect the sales of this SUV.

Volkswagen Golf, on the other hand, is severely affected by the lack of chips, its registrations fell by 38% year-on-year, so with 13,664 registered pieces, it has to settle for second place again. This is not enough for the long-term hegemon of the European market, compared to August 2019, in addition, his registrations fell by as much as 48%.

As a result, it was not such a bad month for Volkswagen. The German brand has three representatives in the top 10 models, in addition to the Golf, there is also a fifth T-Roc and a seventh Polo. However, for all these models, their sales decreased year-on-year.

It was also a decent month for Toyota. Yaris took third place in August, and 12,594 registrations are 18% more than a year ago, which is related to last year’s start of the current generation. Corolla was eighth. In this regard, we must also mention the ninth place of the Hyundai Tucson. Registrations of SUVs manufactured in Nošovice jumped by 36% year-on-year. Even the Korean carmaker is still relatively successful in dealing with the lack of chips, thanks to the company’s wide spread.

“The lack of chips has been a major obstacle for manufacturers, who are still struggling with the consequences of the pandemic. Problems with production and delays in the delivery of new cars negatively affect sales, and insufficient availability at dealers forces many consumers to either look for used cars or simply postpone their purchase, ”comments Felipe Munoz, a global market analyst at JATO Dynamics.

By the way, the most popular electric car in August was the Volkswagen ID.3, followed by the Tesla Model 3. The fourth Ford Mustang Mach-e, the seventh Škoda Enyaq iV or the eighth Tesla Model Y were also in the top ten. Plug-in hybrids are dominated by Ford Kuga, followed by Mercedes GLC and BMW 3 Series. The fifth best-selling plug-in hybrid in Europe in August was the Cupra Formentor.

Amr Abdel-Jalil to Amir Karara: I talk to myself and stay up late with me, even if you watch me with annoyance