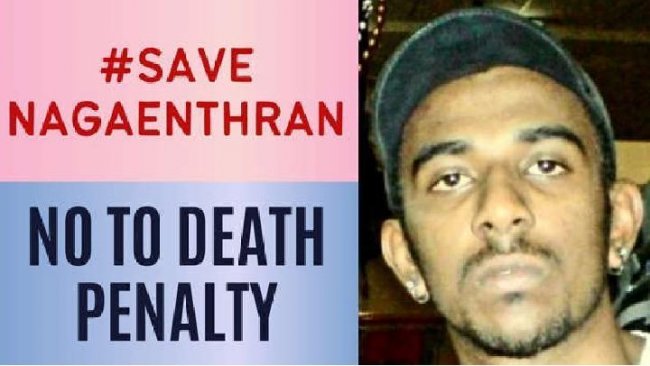 TEMPO.CO, Jakarta – Death sentence passed to Malaysian citizen, Nagaenthran K Dhamalingam, by a Singapore court in a drug case, was protested because the defendant was judged to be mentally retarded.

The verdict will be carried out in Singapore, on November 10, 2021 for drug cases.

“He was arrested by Singapore authorities on April 22, 2009 for smuggling 42.72 grams of heroin and sentenced to death by the Singapore High Court on November 22, 2010,” said Malaysian Foreign Minister Saifuddin Abdullah in a statement in Putrajaya. as quoted Between, Thursday, November 4, 2021.

Saifuddin said his party also received a letter from the Anti-Death Penalty Asia Network (ADPAN) through Maria Chin Abdullah, a member of Parliament for Petaling Jaya, who delivered the sentence and requested that the Foreign Ministry discuss the case with the Singapore Government.

“I have sent a letter to the Singapore Foreign Minister regarding this case,” he said.

The Ministry of Foreign Affairs through the Malaysian High Commission in Singapore will continue to monitor the development of this case and will
provide reasonable consular assistance to Nagaenthran and his family.

The death sentence handed down by the Singapore Court was deemed wrong because the defendant Nagaenthran is mentally retarded, so it was delivered Lawyers for Liberty (LFL) Malaysia rights group.

According to the LFL, as quoted Free Malaysia Today, the defendant suffers from intellectual function problems and ADHD (attention deficit hyperactivity disorder or a mental disorder that causes a person to have difficulty paying attention), has an FSIQ score of 69, and his executive function skills are impaired.

LFL adviser N Surendran said the death penalty against a person with any mental or intellectual disability violates international law.

Calls for the abolition of the death penalty were also voiced at Change, org, Nearly 20,000 people have signed an online petition asking Singapore’s President Halimah Yacob to pardon Nagaenthran.

Tesla can deprive you of your job, the head of Volkswagen told employees