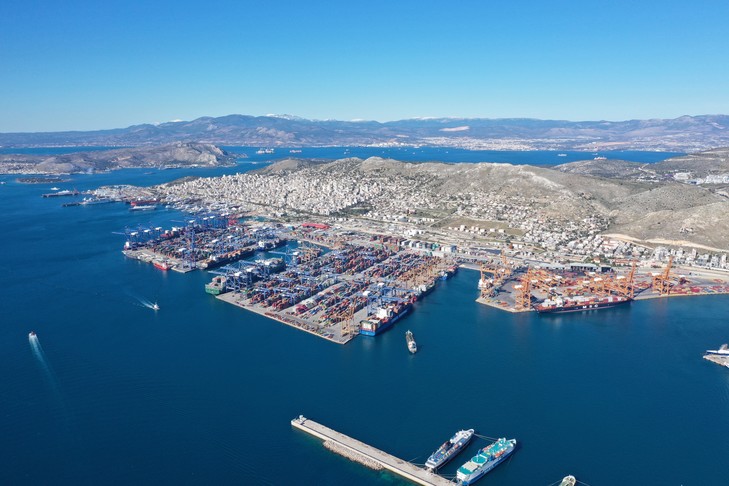 " A painful circle is closing today Kyriakos Mitsotakis, the new Greek prime minister, said after his party's victory in the parliamentary elections on Sunday (July 7th). Leading the way with nearly 40% of the vote, his party New Democracy (ND), sign the end of the era Tsipras. Which leaves Greece in a healthier economic situation.

Presented as the "Greek Macron", Kyriakos Mitsotakis is a reformer. At the forefront of its ambitions: encourage foreign investment. " It's been a few years since the country is ready to welcome investorsrecalls Georges Prevelakis, professor emeritus of geopolitics at the Sorbonne. But the government of Alexis Tsipras did not inspire them with confidence. There is, however, a great potential that only expects favorable policies. A potential that lies mainly in tourism activities, but also in transport and port infrastructure.

In Greece, the will to punish Syriza

Proof that investors are ready: after the victory of the New Democracy party in the European elections last May, the stock market has gone up and interest rates have fallen. Sign of a new confidence of the markets while the growth forecast for 2019 is at 2.4%. But this policy of economic openness should be accompanied by a major reform of the Greek administration, one of the main obstacles to investment.

" These last years have been very hard for the Greeks, but the arrival of Kyriakos Mitsotakis, with a very detailed program and a stable and united majority, brings clarity and coherence "Considers Georges Prevelakis. Forced by European austerity policies and contradicted within his own party, Syriza, Alexis Tsipras has disappointed a large part of the population who did not feel the effects of the economic upturn: the unemployment rate is still at 18% and the poverty rate to 35%. The new prime minister is planning to calm the anger with corporate tax cuts, property taxes and social security contributions, as well as rising wages for the middle class.

The Greek economy is slowly climbing the slope

With a policy of privatization and support to entrepreneurship, Kyriakos Mitsotakis wants to encourage the return of the more than 500,000 Greek "brains" to have left the country since 2008. Some fear nevertheless that its liberalism does not affect the progress made on the social security system or workers' rights.

Ready to cooperate with the EU

The head of the government considers the European directives as necessary national reforms. " He is highly pro-European, explains Georges Prevelakis, and wishes to preserve national dignity by proposing a voluntary reformist policy. "

Kyriakos Mitsotakis is expected to renegotiate with the European Union the budget surplus targets, now set at 3.5% of GDP until 2022, in exchange for a reform plan that would allow growth to 3%. After three international bailouts between 2010 and 2015, Greece is now under "enhanced surveillance".