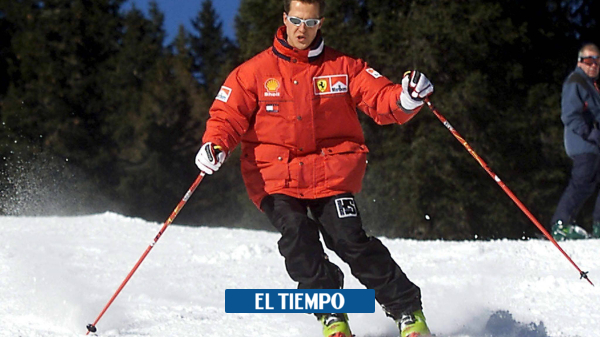 Formula 1 continues to pay tribute to Michael Schumacher, seven times world champion, retired from public life since the ski accident he suffered on Tuesday seven years ago and that for Ferrari continues to be the eternal idol.

“Michael is always in my thoughts. But I have absolute respect for his family’s decision,” says the former boss of the Italian team, Luca di Montezemolo, in this Tuesday’s edition of the popular newspaper ‘Bild’.

You may be interested in: (James Rodríguez is ready to play again)

He thus refers to the strict rule of discretion imposed by the Schumachers around the situation of the ex-pilot in his chalet in Gland (Switzerland).

He hardly receives visits, other than those occasionally made by the head of the FIA ​​and former sports director at Ferrari, Jean Todt, who has sometimes referred to those encounters, without giving details about their status.

Montezemolo led Ferrari from 1991 to 2014, a period when the Italian team achieved up to 19 world titles -among those received by its pilots Niki Lauda, ​​Kimi Räikkönen or Schumacher, or as a constructor-.

“The times with Michael were special,” he says, adding that he often prays for him, even though he has not visited him since the accident in Méribel, in the French Alps. The Schumacher family jealously guards the rule of discretion. Last weekend, that same newspaper, the most widely read in Germany, included an interview with the ex-driver’s son, Mick, who is preparing to debut in Formula 1.

“Sounds good to me, I don’t mind the question or the comparisons”, explained Mick, 21, regarding the inevitable question about Michael.

“My father is the greatest for me. Why should I distance myself from him?” Added the son of the idol, who will debut with the American team Haas at the Melbourne Grand Prix on March 21. Michael Schumacher remains for many the “Kaiser”, the emperor, of Formula 1.

But the German is still identified with the title of emperor, perhaps due to idiomatic affinity. It has been seven years since the accident on December 29, 2013 in that winter season in the French Alps. By then he had been retired from competition for several years.

The pilot who had overcome so many accidents on the circuits was on the brink of death on a ski slope, his other sporting passion. His admission to a clinic in Grenoble, with multiple head trauma, unfolded a media circus that tested the patience of those in charge of the medical center and the ability to manage the mood in an emotionally on the edge family.

His wife, Corinna, like the pilot’s former manager, Sabine Kehm, were harassed by the media at every entrance or exit from the center. There were frustrated attempts to steal images of the victim and other examples of journalistic voracity. Michael awoke from the induced coma he had entered six months after the accident.

From the Grenoble clinic he was transferred to a rehabilitation center in Lausanne (Switzerland) and, from there, to the chalet in Gland, properly equipped for his care, among teams of doctors, assistants and physiotherapists. Seven years later, Corinna, who married Michael in 1995 and the mother of his two children -Gina Maria and Mick-, she continues to represent him at charities and other events.

The last of them, the FIA ​​gala, in December, in which Hamilton was proclaimed driver of the year, while Michael’s wife received an honorary award, yet another, on behalf of her husband. Kehm continues to manage media relations and official “kaiser” accounts on social media; Corinna comes smiling and serene where she is claimed.

Neither one nor the other, together or separately, reveal more than they deem appropriate. Michael’s health is a private matter. Mick’s upcoming debut has shifted attention somewhat to Michael’s theoretical straight-line successor on the track. The son of the idol will have a hard time imposing his own style. His best advisor is, as he explained to “Bild”, his mother. Someone who has gone a long way in never falling into rudeness and at the same time preserving himself from indiscretions.