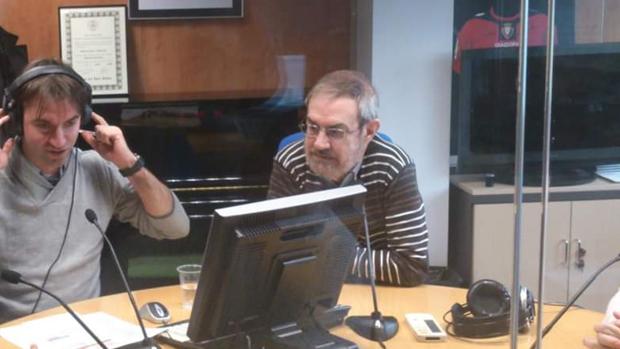 Javier Martínez de Zúñiga, a sports journalist from Radio Pamplona (Cadena SER) already retired, who has followed and analyzed the news of Osasuna during the last fifty years, has died this Saturday in Pamplona.

Martínez de Zúñiga worked in several media outlets, including As, Deia and, much of his professional life, in Radio Pamplona. The Navarrese journalist retired in 2009 when he had been announcing Osasuna's news for 40 years and broadcasting the games in El Sadar and in the displacements of the Pamplona team.

After his retirement, the veteran journalist continued collaborating with Radio Pamplona commenting and analyzing Osasuna's matches. This same Friday he went on the air to give his opinion on the next rojillos league match against Levante.

On Twitter, Osasuna has conveyed his condolences to the journalist's family and his colleagues in the SER. «One of the great voices in the history of our club leaves. Goodbye to a great radio », highlights the Navarrese club.

Osasuna Athletic Club wishes to convey its condolences to the family of @La_SER journalist Javier Martínez de Zúñiga and his teammates. One of the great voices in the history of our club leaves. Goodbye to a big radio. Rest in peace, Javier. 🌹 pic.twitter.com/mDY431TF3s— C. A. OSASUNA (@CAOsasuna)

WeShare, Volkswagen's shared car, will arrive in Madrid with e-Golf, e-Up and ID.3