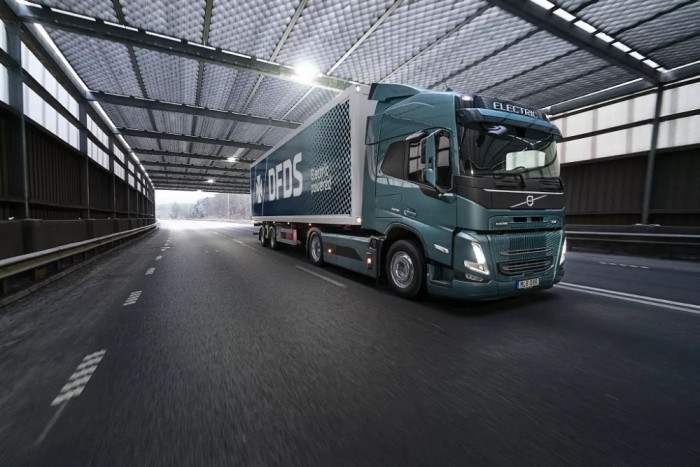 Danish international shipping and logistics company DFDS has ordered 100 purely electric Volvo trucks. The order applies to FM trucks configured for a total weight of 44 tonnes, which can cover 300 kilometers on a single charge. This is why they are expected to be involved not only in urban but also in regional freight transport. Battery-powered Volvos have both a 43 kW AC charger and a 250 kW DC charger, so they can be charged not only at night but even during the day. When using the latter, charging takes only 2.5 hours.

Volvo trucks ordered by DFDS will receive six batteries with a total capacity of 540 kWh. The combined maximum power of the electric motors can reach 666 horsepower (490 kW). However, with the exception of the crew and the XXL cab, the Volvo FM Electric can be ordered with several cab lengths.

Delivery of the first copies is expected to begin in the fourth quarter of next year. At the same time, this could mark the beginning of series production for the Volvo FM. Although this has not yet been officially announced, as Volvo Trucks has so far basically reported on pilot FM in connection with pilot tests such as the pilot plant of the 60-tonne version at DHL. Incidentally, the Swedish manufacturer is not behind schedule in this area, as the year 2022 was previously marked as the beginning of series production of the electric FH, FM and FMX, respectively. At the same time, the Swedish company is already producing battery-powered trucks in series, and the FE and FL Electric models have been rolling off the production line since 2019.

“Our goal is to bring about an electric revolution in truck manufacturing. Our market position shows that we are on an absolutely good path in this area. By 2030, half of the trucks we have manufactured and delivered could be fully electric”Said Roger Alm, President of Volvo Trucks. Although the market for electric trucks over 16 tonnes is currently only a few hundred units a year in Europe, Volvo Trucks has a really good market share of around 40% in this area.