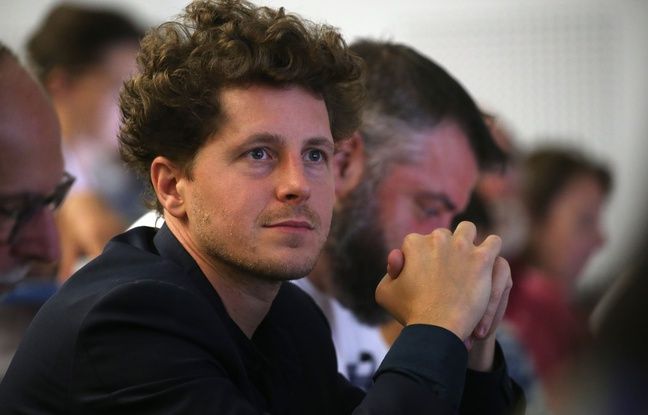 Spokesman Julien Bayou's motion won most of the votes of EELV members to select the team that will take over
David Cormand at the head of the party, announced his leadership on Sunday, based on almost final results.

This score places Julien Bayou in a position of strength to become national secretary, November 30 at the party congress, while the municipal profile in March.

According to these results published on the site of EELV, updated at 20:30, the motion carried by Julien Bayou and the other spokesperson Sandra Regol, supported by the national secretary on the departure David Cormand, brings together 41.3% of the votes, far ahead of the 26.5% of the motion of the former MP Eva Sas, yet supported by several relatives of Yannick Jadot, who has not positioned himself publicly.

In third position comes, with 23%, the motion of the Deputy National Secretary Alain Coulombel, who advocates an immediate and nurtured dialogue with the other parties of the left. A fourth motion, carried by executive board member Philippe Stanisière, comes last with 8.6% of the vote.

A congress on November 30

The votes resulted in the election of 400 delegates who, in the manner of the United States Electoral Elector system, will in turn elect an executive bureau on November 30 at the EELV Congress in Saint-Denis.

The steps leading up to the congress were held in stealth, with the party devoting the majority of its media efforts to promoting ecologist lists in municipal elections, a primary goal after a successful European election (13.5%).

"This shows that we are able to organize a congress in an intense period without it harms the dynamics of municipal," reacted to the AFP Julien Bayou Saturday night. "The four texts have nuances, but everyone agrees on the affirmation of ecology," he added.

Julien Bayou said he wanted to discuss "a rally quickly," in short, a summary for a broad motion in Congress.