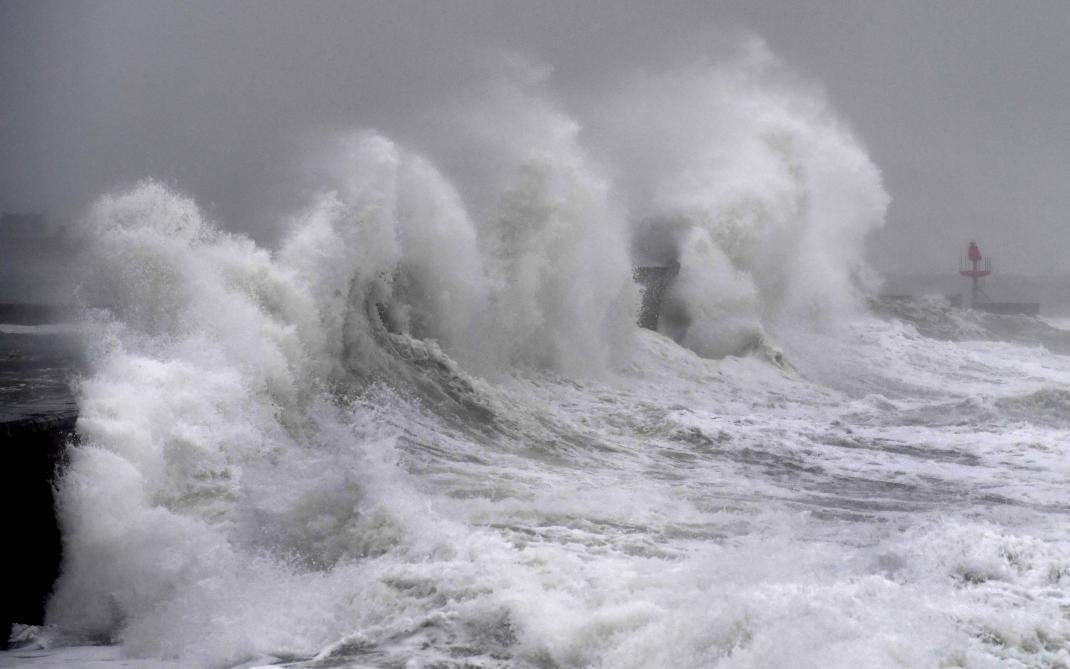 Lhe sea level could rise much more than expected off the Dutch coast, up to two meters around 2100, said Monday the Meteorological Institute of the Netherlands, a country vulnerable to rising sea levels.

“The projections show a rise in sea level more important than before,” said the Netherlands Meteorological Institute (KNMI), a few days before the start of COP26 in Scotland.

With around a third of the territory below sea level, the Netherlands is particularly vulnerable to global warming, but also one of the biggest polluters per capita in Europe.

“If we do not reduce greenhouse gas emissions, the sea level off the Dutch coast could rise by 1.2 meters by 2100 compared to the beginning of this century”, and by 2 meters if the melting of the ice cap at the South Pole is accelerating, the KNMI added.

The institute had previously concluded that the rise in sea level would be at most one meter.

For the first time, the bar of 2 meters is not excluded from the forecasts, underlined the Water Authority of the Netherlands, affected like Germany and Belgium by floods in July.

“Gone are the days when we could control water, land and soil as we pleased,” said Rogier van de Sande, chairman of the office, a public authority responsible for water management.

“Drastic choices are needed in the spatial planning of the Netherlands” to contain the consequences of climate change, which must be the number one priority for the government, he added.

With its storm barriers, constant innovations and thousands of kilometers of dikes and dunes, the Netherlands has long prided itself on being the “safest delta in the world”.

Read also
Floods in the Netherlands: in the land of dikes, the anguish of rupture

The KNMI report is based on the latest IPCC report (August 2021) and its own research.

60% of the Netherlands are vulnerable to flooding, including its coast and areas near rivers.

COP26, which will be held between October 31 and November 12, is seen as a crucial moment to revise upwards the global reduction targets for greenhouse gas emissions and fight against global warming.

6 Exercises for Diabetics, Good to Try All