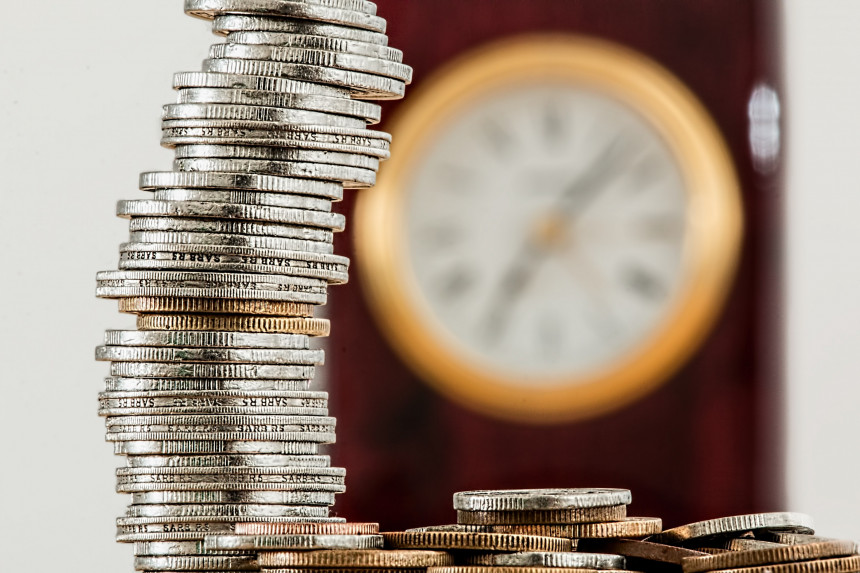 Last year was the sixth year in a row that the number of initiated insolvency proceedings continued to decline, according to information gathered by Lursoft.

In 2021, 1172 insolvency proceedings were initiated, which is 205 less than a year earlier. The number of registered proceedings for both legal entities and individuals has decreased.

Lursoft reports that the number of insolvencies of legal entities has been declining in recent years, but the decline in the Covid-19 pandemic has been even sharper over the past two years, fueled by state-imposed insolvency moratoriums restricting creditors’ right to file for corporate insolvency.

“Lursoft” points out that changes in the dynamics of insolvency proceedings in the coming years will be introduced by the Law on Exemption of Debts from Individuals, which allows individuals to dispose of debts from 1 January this year. Until now, the only available collective procedure for individuals who were unable to meet their debts was personal insolvency proceedings, but the new law aims to restore individuals’ solvency and strengthen financial literacy, as those who want to get rid of debt will have to take financial literacy courses.

The new regulation applies to debts, the total amount of which exceeds the amount of two national minimum wages within the normal working hours, but does not exceed 5,000 euros.

Compared to previous years, the age of insolvent companies has not changed significantly, reaching an average of eight years last year. At the same time, Lursoft points out that there were several companies registered only a year before their insolvency. Among them is, for example, SIA “Crowdestor SME” working in the information technology (IT) sector, which was registered on June 2, 2020, but the company was declared insolvent last December.

According to the information available to Lursoft, in the first year of operation, Crowdestor SME had a turnover of 360,990 euros, closing the year with a loss of 64,490 euros, while the company’s tax debt at the beginning of this year already exceeded 226,800 euros. Jānis Timms, the sole owner of Crowdestor SME, currently owns a total of seven companies, two of which are in insolvency proceedings, while another company – SIA Bridge Investments – has already started liquidation proceedings in 2016.

In addition to Crowdestor SME, five more companies in the IT sector were declared insolvent last year, while the most insolvent companies, as in previous years, were commercial companies. Insolvency has also often been declared for companies operating in the catering sector and the building construction industry. According to the number of companies declared insolvent in 2021, the real estate sector ranks fifth.

Lursoft has calculated that the companies that were declared insolvent in 2021 had a turnover of 76.56 million euros in 2020, and in 2020 their turnover even exceeded 300 million euros. In both 2020 and 2019, the total result of these companies was a loss, reaching 7.75 million euros last year.

The largest losses were registered for the car rental and operation leasing company SIA “123 Drivers Ltd”, which still had a turnover of 1.13 million euros in 2019, but in 2020 – only 232,900 euros. Along with the decline in turnover, the company’s losses also increased, increasing to 707,590 euros last year.

In its submitted management report, 123 Drivers Ltd explained that it was planned to maintain and expand its scope in 2021, but there were some concerns that the company’s operations would be hampered in 2021 due to restrictions on the spread of Covid-19. According to information available to Lursoft, 123 Drivers Ltd was declared insolvent last November. The company’s tax debt has now reached less than 108,000 euros.

According to the information gathered by Lursoft, out of all companies that were declared insolvent last year, a tax debt exceeding 150 euros was registered at the time of the declaration of insolvency.

In total, one-fifth of all insolvent companies that started the process last year received state support in 2020 or 2021 to mitigate the effects of the Covid-19 crisis. Most of the time, downtime benefits have been paid to employees of companies, as well as the suspension of corporate tax arrears has been supported.

Reports for 2020 are available to 60% of all companies that were declared insolvent last year, and the data show that among these companies there are 12 companies whose turnover last year exceeded one million euros. The largest of them is SIA “TransBaltic OIL” registered ten years ago. According to Lursoft, although the company had a turnover of 28.55 million euros in 2020, this is a significant drop from previous years.

Although TransBaltic OIL has indicated in its submitted management report that more than five million tons of oil products are consumed in the Latvian, Lithuanian and Estonian markets each year, which together with the stable growth trend and geographical proximity make the Baltic market one of the most promising Belarusian oil products. export destinations, the company has acknowledged that its continued existence depends on the financial results of future periods and the support provided by the parent company. BNK (UK) Limited, a member of the company, is incorporated in the United Kingdom.

Companies that were declared insolvent in 2021 provided 1,482 employees with jobs in 2020, but 2,180 a year earlier. Among them, the largest employer who was declared insolvent last year is SIA “Būvnieks 07”, which increased the number of employees up to 101. For the last two years, the company has been operating at a loss.

The uniform of a security guard that looks like a police officer is replaced by a cream color, the police want to differentiate their identity