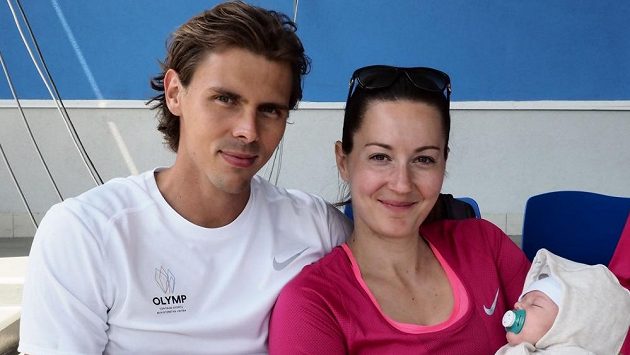 So there are four. Former athlete Denisa Helceletová became a mother for the second time. She gave birth to a daughter, Anastasia, to her husband, currently the best Czech decathlete Adam Sebastian Helcelet. The sports couple already has a three-year-old daughter Evelin.

The Helcelets and their first daughter Evelin in the older picture.

The European champion from the hall in the 400-meter run from 2011, where she still triumphed under the name Rosolová, shared the joyful news with her fans on Instagram. “A mother of two daughters,” she wrote to the photo with her little knot. She also thanked her doctor and the entire maternity hospital for the exemplary care she received.

When the family announced the arrival of another offspring, Helcelet announced that they wanted to put together a baton. If only from their children, they still have something to look forward to. They had once hoped to grow another member, but Helcelet confided on social networks that they had lost their baby.

But now everything has turned out well and the athletes are looking forward to “the youngest member of the pack.”

Rzeszow. Attractions, parties, events. How to spend the weekend on September 17-19. Our propositions