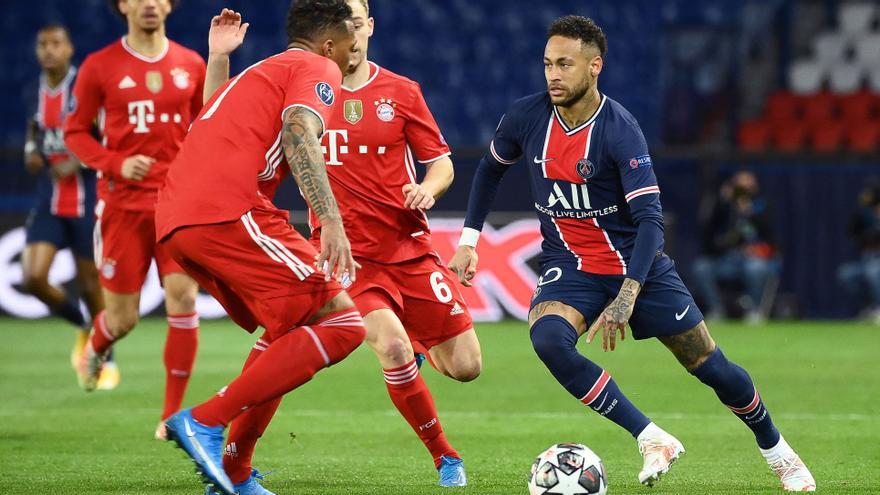 A European League with the best clubs in Europe playing each other on a regular basis is a fantasy that has lingered for years. Arisen from the disdain or boredom of hosting smaller clubs on weekends, a European footballing feeling has been expressing itself with the desire for a fluid continental competition, in which the derbies of the past give way to more glittering ones.

Who does not prefer to face the screen to see a Bayern-PSG like last week to a Getafe-Madrid like the one on Sunday? Of course, the fan imagines parties like that in the usual way, of maximum game and excitement with great stars in the line-ups.

However, we all know that European Super League it arises and accelerates for economic reasons. The wealthy clubs have sought their vaccine in these times of strangled budgets with an early morning announcement. The Super League, with its hundreds of millions in tow, will allow the big clubs to recover quickly. They do not seek anything else. It is a shot of immunity to the overwhelming crisis of the last year and a half.

It may interest you

There is rightly talk of revolution in the world of football. There is also talk of war. There is a large business that changes hands. Several governments have positioned themselves against, and vehemently, and UEFA and FIFA, far from innocent entities, see how their wallets are being emptied before their eyes, hence their biblical threats. But they are threats with squirt guns. Nobody believes a World Cup without the footballers of the great European clubs, which is one of the shouts in the air. Not a League without Barça or Madrid, as he gestures Javier Tebas.

A certain romanticism loses. The 20-team Super League, with only five guests, excludes a lot of clubs with a long tradition in the European Cup or the Champions League. Soccer, as in the world we live in, will widen the gap between rich and poor like never before. Some are vaccinated and others are not. Soccer, like life, is like that.

Unseen theft in our country: 50 cows stolen from pasture

It was revealed, Harry Kane was the brain behind Jose Mourinho’s dismissal – Bola.net