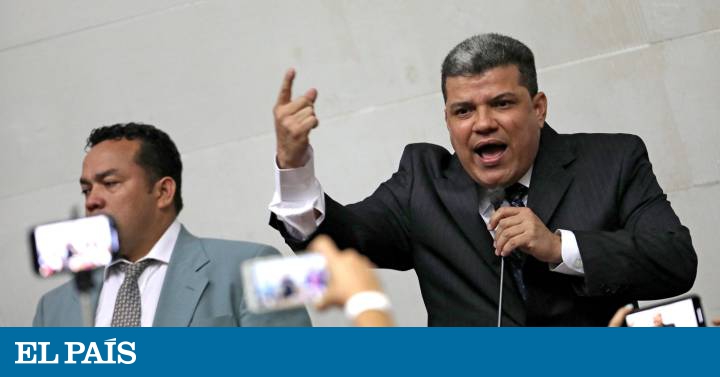 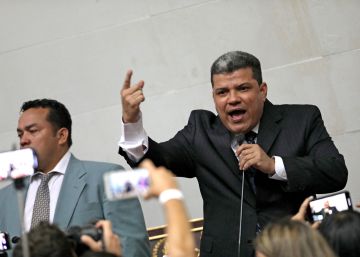 The United States has imposed sanctions on Monday on seven Venezuelan citizens who “led an attempt to illegally take control of the National Assembly,” according to the Treasury Department in a statement. Among those sanctioned is Luis Parra, the dissident opponent accused of corruption who proclaimed himself president of the National Assembly on January 5, with the support of Chavismo, in an attempt to unseat Juan Guaidó at the head of the institution. Deputies José Gregorio Noriega Figueroa, Franklyn Leonardo Duarte, José Dionisio Brito Rodriguez, Conrado Antonio Perez Linares, Adolfo Ramón Superlano and Negal Manuel Morales Llovera also receive sanctions. The sanctions round constitutes a new measure of pressure on the Government of Nicolás Maduro.

“The Treasury has appointed seven corrupt officers of the National Assembly who, at Maduro’s call, tried to block the democratic process in Venezuela,” says Steven Mnuchin, secretary of the Treasury, who warns that “these and other officers they can get rid of their sanctions if they side with the people of Venezuela and Juan Guaidó as their legitimate leader. ”

Parra was sworn in on January 5 as head of Parliament with the support of the Chavista bench. Ensures which had the support of 81 parliamentarians of the 167 that make up the Assembly. However, the election was held by show of hands without anyone counting the votes and without sufficient assistance from deputies. ORna action that the bulk of the Venezuelan opposition denounced as a “coup d’état”. That day the Venezuelan police prevented dozens of opposition deputies from accessing the Chamber, including Juan Guaidó.

In a parallel session at the headquarters of the newspaper El Nacional, a hundred opposition deputies re-elected Guaidó as president of Parliament. More than 50 countries led by the United States do not recognize Venezuelan President Nicolás Maduro and consider the opposition leader as interim president.

The International Contact Group, created in March 2019 to mediate the crisis generated as a result of Nicolás Maduro’s oath for a new period in elections considered fraudulent, supported Guaidó last Thursday and assured that “the election of Luis Parra it cannot be considered legitimate or democratic ”. On the same Thursday, Secretary of State Mike Pompeo called for “a quickly negotiated transition” in Venezuela to organize legislative and presidential elections during 2020. “It is the most effective and sustainable route to peace and prosperity in Venezuela,” said the leader of American diplomacy in a statement. Among the demands of the United States are the creation of a new and independent National Electoral Council (CNE), and the renewal of the Supreme Court.

President Donald Trump himself referred last Thursday to the situation in Venezuela in an appearance with the press. “I never thought that [la situación en Venezuela] He was going to go smoothly, “he said. Improving the situation” will take a period of time, “he said.” But we have a good strategy, “he said.” We are helping people, I think we are doing a good job. We will see what happens. Stay connected. “