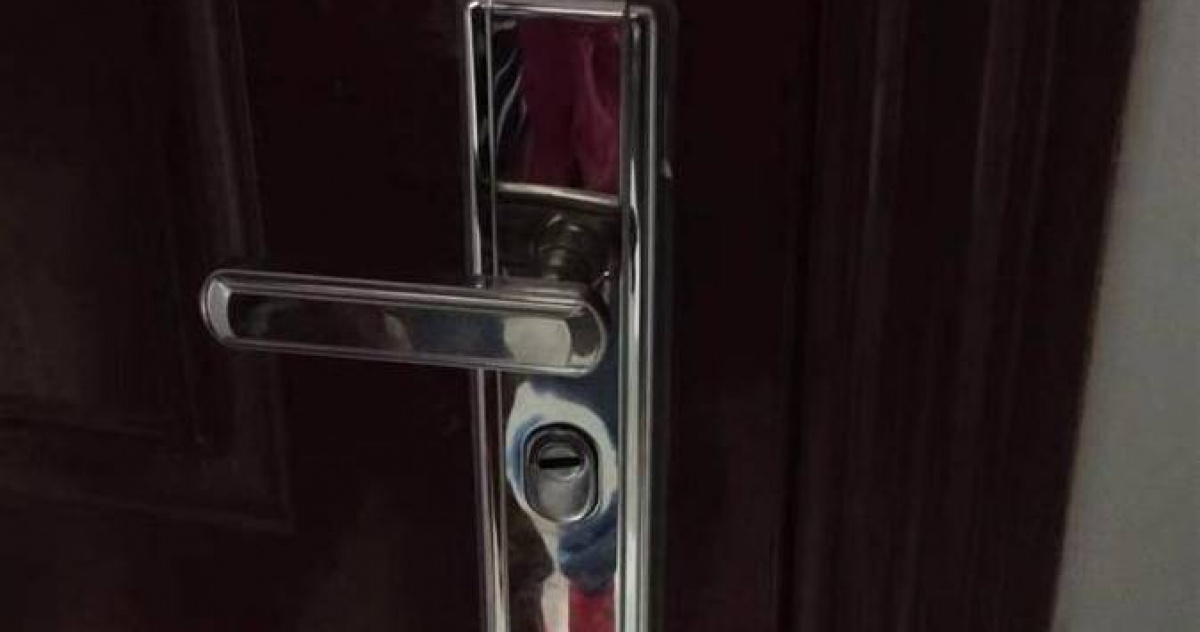 A Chinese wife came home and found that a stranger was staying in the house. (Photo/Retrieved from JiMu News)

too frightening! A Chinese wife, surnamed Yang, usually works with her husband in Shanghai. Although she bought a house in Wuhan last year, she never lived for a long time because of work. She would only come back during the New Year’s Day. I didn’t expect to find that the gate was found when she returned home early in the morning. The lock was replaced, and a note was added to the mirror, which made her dumbfounded on the spot and her whole body was hairy.

According to the “Jimu News” report, Yang Nv returned to Wuhan from Shanghai at 3 a.m. on October 1st. She was shocked by the sight immediately after she arrived home. First of all, the smart lock at the gate became a door lock that needs to be opened with a key. In this way, the scene in the house made her even more frightened. There were a lot of strangers’ daily necessities and clothing, and there were obvious traces of people living in it. What’s even stranger was that there was still a note on the mirror with the words: ” Sesame has a lot of money to open the door. Baby, I live with you. I used a bit of electricity, and I didn’t check the account number. Give it when we meet! There is a row of items under the TV cabinet. Please hand it to the property.”

After Yang Nv checked, she found that the access control card that had been left in the house was all missing, and then she found the dismantled smart lock in the closet of the study, all signs were wrong, so she immediately called the police. Yang Nv recalled that on June 4 this year, the message PO that she had rented the house was online, and then a staff member of the website contacted her and said that she could assist in renting the house.

Because Yang Nu’s house is equipped with a smart lock, you need to enter a password to enter. The smart lock is connected to a mobile phone. To enter the house, Yang Nu needs to provide a temporary password through the mobile phone. Yang Nv said that during this period, the intermediary took people to see the house many times, and she would provide a temporary password each time, which was valid within 20 minutes, and the door would become invalid when the door was locked.

Yang Nv revealed that someone was willing to rent a house, but because she didn’t settle the deal, she didn’t rent out the house. So she decided not to rent the house anymore, so she withdrew the renting information. After that, she never contacted the relevant staff of the agency. Her husband this year Returning home in mid-July, no abnormalities were found. The police have accepted the case and will continue to investigate.

The Mercedes manufacturer split into two companies, probably in anticipation of lean years