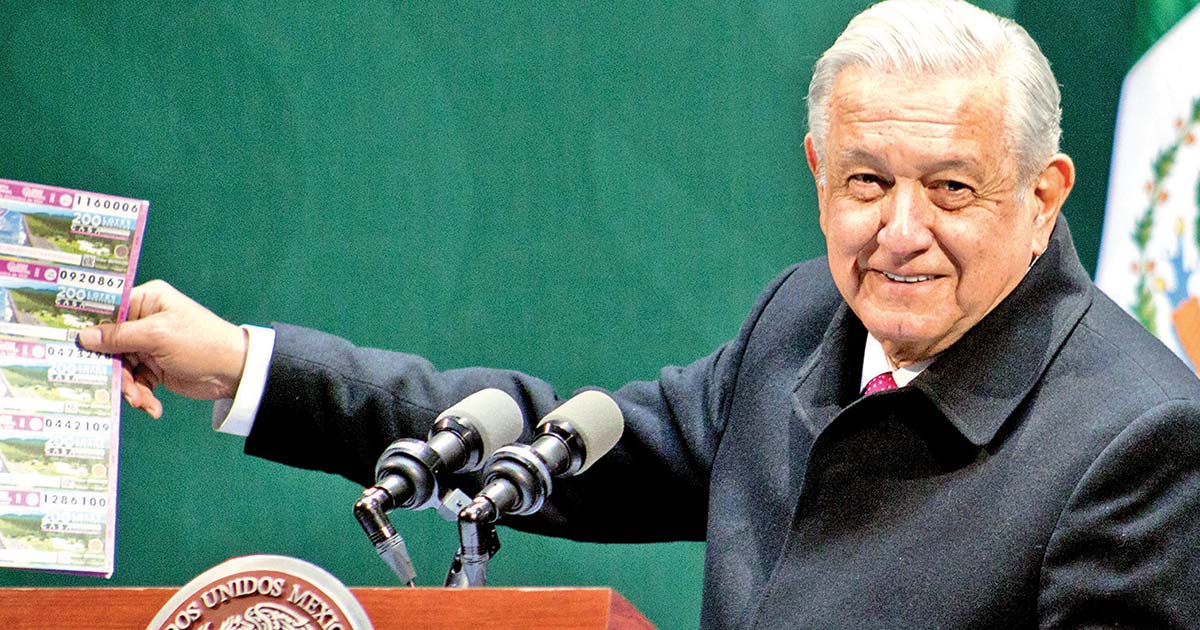 He noted that the reinforcement plan had not been announced so as not to instill fear in the face of the alarm caused by the new variant of the coronavirus, Ómicron.

“Yes we have it contemplated, it has not been announced because there was a lot of alarm about the new variant and we wanted to act prudently, so as not to instill fear, but it is part of the plan we have.

“Now, as soon as possible” (…) “Reinforcement for older adults is not ruled out,” said López Obrador.

The head of the federal Executive also indicated that the logistics developed for the delivery of pensions of the Ministry of Welfare will be used to bring booster vaccines to the most remote communities of the country.

He stated that education workers will also receive a booster dose of the CanSino vaccine, which was the vaccine selected to immunize, above all, teachers.

This vaccine had a proven effectiveness of six months from its first application, a period that has already been completed.

“The same, some vaccines are going to be reinforced that according to the investigations need this reinforcement, but it will not take long. We have vaccines to reinforce, for the entire reinforcement plan ”, he declared.

According to the government of Israel, these are some benefits of a booster dose.

The President said that attention will be paid to bringing booster vaccines to the most remote communities of the country, taking advantage of the logistics that the Ministry of Welfare has developed to deliver pensions in those localities.

This program will be in charge of the director of the Mexican Institute of Social Security, Zoé Robledo.

The Secretary of Foreign Relations, Marcelo Ebrard, explained that to date 175 million doses of vaccines against covid-19 have arrived in the country of the 198 million doses that the government of Mexico has acquired.

In addition, he said that the World Health Organization was requested to grant recognition to the Sputnik, CanSino and Sinovac vaccines, so that those who received them can travel without restrictions to the United States.

“Ómicron is no more dangerous than others”

The information about the omicron variant that the World Health Organization has released, that there is no evidence of a greater danger, has been distorted, said the Undersecretary of Health, Hugo López-Gatell.

The official reiterated that omicron, first detected in early November in South Africa, has not proven to be more dangerous than previous variants of the coronavirus.

“It has not proven to be more virulent or necessarily more transmissible, it cannot cause at the moment, it has not been identified that it causes more serious disease.

“The effectiveness of vaccines is still valid, it does not escape the immune response, neither postinfectious nor postvacunal. PCR tests and antigen tests continue to detect this variant and conventional treatments against covid continue to be useful, ”said López-Gatell.

The official established that the emergence of the new variant and its spread occurred in regions of the world with little vaccination coverage.

“Yesterday there was a special report from the organization pointing out what it could mean for the world, the WHO director said that there could be serious damage, it must be very clear what it refers to. The great global concern is the uneven distribution of vaccines.

“There are vast regions of the world that represent 70% of the population, but have less than 10 percent vaccination coverage and this is what worries the WHO, because in places where there is no vaccination, certainly omicron or any of the Existing variants can cause the damage that COVID-19 has caused in unvaccinated populations ”, reiterated the official.

López-Gatell acknowledged that week 46 of the year began with an increase of six percent in the estimated active cases of covid-19 in Mexico.

This is the first rebound in the pandemic since week 30 of the year, he added.

He also reported that 132 million 636 thousand 811 vaccines have been applied, of which 65 million have been double vaccination schedules and 11.8 million have a single dose schedule received from the two required doses.

Catholic education at its schools: “Don’t stay open at all costs, rather close too early than too late”