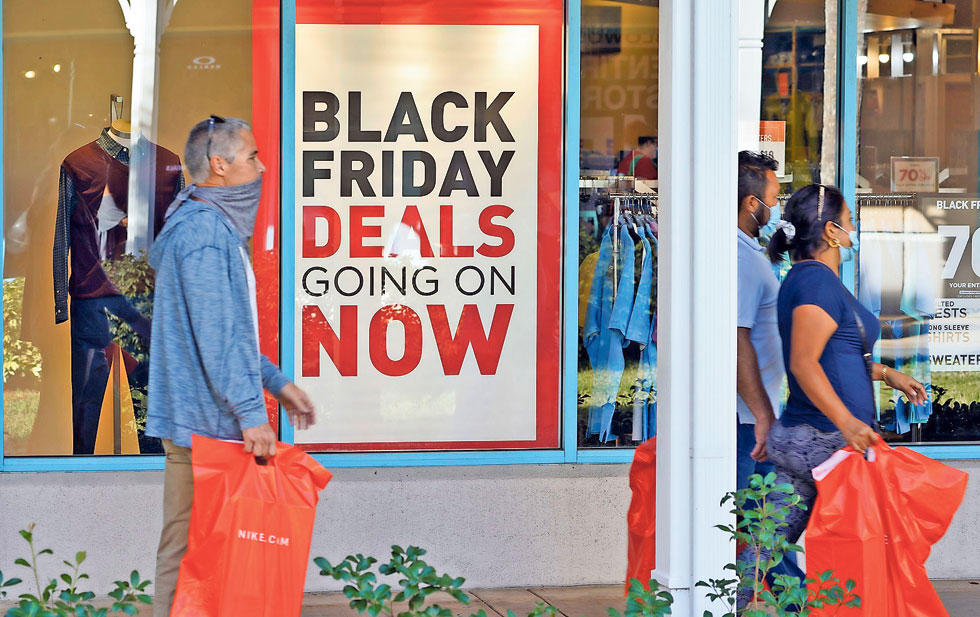 Contrary to what was registered in previous years, this Christmas season is expected to find orderly sales and with fewer lines during the marketing of the so-called “Black Friday” (Black Friday), the day after Thanksgiving.

As is tradition, customers go out to buy on the date when businesses set the lowest prices of the year. The difference is that, on this occasion, online purchases of the same products that were previously snatched in stores have been privileged, to avoid crowds and Covid infections.

Since 2020, with the pandemic, large chains such as Walmart and Target closed on Thanksgiving, breaking a scheme that they had applied in recent years: opening the day when Americans celebrate with family gatherings gratitude to the Creator and their intimate environment for the blessings received in the year.

“This new sales dynamic seems better to me, because that way people don’t crowd or fight to buy an item as they used to,” said Catalina Gallardo, who, like many consumers, ordered a television online and then picked it up at the store. shop.

“M’ijo helped me buy it online. Right there they told him when I could pick it up and where I should park and the girl took me to my car, that easy and without setbacks, “he said as he left the parking space, exclusive to the Best Buy store, in the east of the city. .

Like her, thousands of consumers opted for this shopping system to avoid entering commercial establishments and facing crowds.

During a tour by El Diario de El Paso through the various shopping centers, there was little influx of shoppers prior to Thanksgiving. “Strange before, one had to park far away and now look, almost in front of the store,” said Luis Estrada, who went with his girlfriend Estela to the Cielo Vista shopping complex.

In stores like Target, Walmart and Best Buy, where traditionally people settled in tents and slept for three or four days on the sidewalks next to the shops to take advantage of the offers, the panorama changed radically and that urban image disappeared, wrecking the fashion.

Under the new normal, now the people of El Paso seem to be making up for lost time to buy their gifts and attend family and friends gatherings, in the midst of sanitary precautions but in a different way.

They buy despite uncertainty

According to many, today consumers face mixed feelings due to economic uncertainty mixed between Christmas cheer and fear of overspending.

However, nationally and according to the National Retail Federation, Americans are projected to break previous Christmas sales records, spending as much as $ 859 billion, or 10.5 percent more than in 2020.

Analysts believe shoppers are more comfortable returning to stores and are flexing their purchasing power with online sales that could exceed $ 226 billion.

In total, it was said, the average American will spend about $ 1,000 in 2021 on gifts, decorations, food and other purchases related to the holidays: Thanksgiving and Christmas.

According to data from economists, these pressures have left 88 percent of Americans with a high level of concern about inflation, according to a survey by Country Financial.

Higher prices for everyday staples like gasoline and groceries are causing many to cut back on restaurant dinners. Others are putting off travel plans, driving less, and putting off updates for the latest tech gadgets or items in their wardrobe.

Even so, since the beginning of this week, which marked the beginning of the holiday shopping season, retail companies experienced a third monthly increase, with an increase of 1.7 percent in the month of October, according to the Census Bureau at the level. local.

And it is that with a little confidence and security, merchants indicate that little by little sales have returned to normal since March 2019, the date on which the coronavirus pandemic was decreed.

“People are already leaving and we see it reflected in our stores that thank God the buyers are already entering and leaving,” said a merchant dedicated to the sale of women’s clothing.

The “appropriate reward” to receive the German Tier VI light tank “VK 28.01 mit 10.5cm L / 28” at “World of Tanks” will be distributed on November 25th! OnlineGamer