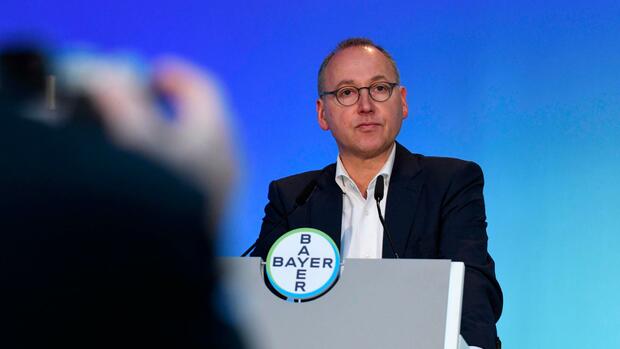 Dusseldorf The pharmaceutical giant Bayer becomes the first company in Dax that will hold a purely virtual general meeting. The “meeting” is scheduled to take place on April 28, 2020 at 10 a.m. – not as planned in the World Conference Center in Bonn, but on the Group’s website.

Bayer is thus taking advantage of the new legal option adopted by the Federal Council on Friday. So far, it was anchored in stock corporation law that a general meeting must be an event with a physical presence. Since this is not possible in the middle of the corona pandemic, the legislature has largely relaxed the regulations.

The Leverkusen-based company is the first to make use of it. Most other Dax companies have so far only postponed their general meeting (AGM) – for example BASF, Covestro, Henkel, Merck and RWE. They, too, should now be examining intensively to switch to a virtual shareholder meeting.

Because the deadline is extremely uncertain given Corona – many of the events would possibly come concentrated in late summer. The insurers Munich Re and alliance have not yet canceled their scheduled dates for late April and early May, they may be able to take advantage of the Internet AGM.

Bayer justified the decision by saying that shareholders should not wait for their dividend for months. The Leverkusen-based company definitely wants to maintain the distribution of EUR 2.80 per share. Other groups that have been hit hard by the pandemic have suspended paying their dividend for 2019, such as the Lufthansa. You want to keep as much liquidity in the company as possible.

Shareholder protectors praised the decision not to cancel the distribution. “We expressly approve of the fact that Bayer – unlike many others – is sticking to the dividend for 2019,” said Marc Tüngler, chief executive of the German Association for the Protection of Securities (DSW), the Handelsblatt. “We are also calling on other companies that are not in need or will be advised because of their business model or their liquidity situation to ensure that dividends are clear.”

As a manufacturer of medicines and agricultural raw materials, Bayer is far less likely to be negatively affected by Corona than Lufthansa, for example. The Leverkusen-based company also wants to score with the punctual dividend payment: “Because reliability for our shareholders is very important to us, especially in times of crisis,” said Bayer CEO Werner Baumann.

The group has been heavily criticized since the takeover of the US seed producer Monsanto – especially because of the legal risks acquired. Bayer is exposed to a huge wave of lawsuits in the United States over the potential cancer effects of the weed killer glyphosate. According to the latest figures, there are 48,600 lawsuits.

Bayer lost three lawsuits and was sentenced to high damages in the first instance. That cost the group more than a third of the stock market value, which is the reason for the annoyance of the shareholders. Bayer is taking action against this in second instance – the revision is currently ongoing.

But the Leverkusen are facing an out-of-court settlement with the plaintiffs. Bayer could largely shake off the wave of lawsuits in one fell swoop. This will cost a lot of money, there is a settlement payment of ten billion dollars.

The Bayer shareholders made clear their displeasure in April of last year: at the then general meeting, they refused to discharge the board of directors – that was a unique event in the history of the Dax groups.

Many investors assume that Bayer will present a solution to the glyphosate question at the upcoming Annual General Meeting in order to create clarity for the shareholders too. It is still unclear whether a signed out-of-court settlement will be available by then.

Baumann lastly emphasized that he was not following a schedule, but was solely concerned with finding the best solution for the company. The final phase of the talks may also be blocked by the corona pandemic, which has become large in the United States.

The upcoming virtual general meeting of Bayer will also be voted on to discharge the board of directors and the supervisory board. However, the “meeting” will be very different. Otherwise, a digital AGM brings restrictions.

Bayer is launching a webcast on the company’s website at 10 a.m. on April 28. It will probably be broadcast from a room in the Leverkusen headquarters in which CEO Baumann and the chairman of the supervisory board Werner Wenning will sit. It is foreseeable that the entire Management Board and the Supervisory Board will not be present there, which will not work for reasons of travel restrictions alone.

After the speeches by Wenning and Baumann, the shareholders’ questions will be answered. It is important to note that the questions must be received by Bayer no later than April 25, 2020, otherwise they will not be taken into account. After registration in due time, shareholders can exercise the subsequent voting right in advance as usual by postal vote or by proxy to the company’s proxies.

The group emphasizes that voting and transmission to a representative will still be possible during the event. There are already technical options that Bayer will use.

No contributions from shareholders

However, the event will not be interactive, which means that no questions can be submitted or asked during the general meeting. The legislator also gives companies the opportunity to answer the questions “at the discretion of the board”. That means: It can limit this if it takes time.

One thing is clear: there will be no contributions from shareholders, which is an interesting point, especially in the Bayer case. Because the speeches of the shareholders at the general meetings of the past years were like a permanent indictment. Last year the event lasted more than twelve hours.

After the fund managers and the representatives of the shareholder associations, critics traditionally come to the microphone at Bayer shareholder meetings: beekeepers who hold the company responsible for the death of the bees, environmental activists who complain about the use of pesticides and who see Bayer as the reason for the impoverishment of small farmers, or doctors who brand alleged drug side effects.

The board of directors and the supervisory board will not have to endure this hour-long storm of words this year – nor will the protests in front of the main meeting building be missing, where critics have already put up potato steamers and enveloped the arriving shareholders with clouds of fog.

However, it will answer all questions as far as possible, according to the Bayer Group. The shareholders’ protectors also demand this. “It is important that the shareholder rights at the online AGM are based as closely as possible on a face-to-face event,” said DSW boss Tüngler. “This also means that questions can be asked, answers given comprehensively and that voting is possible right into the general meeting.”

More: Virtual general meetings must remain an exception. A comment.

Coronavirus. “We do not believe it”: in Madagascar, the health emergency is difficult to set up – Ouest-France

someone won 20 million euros in lotto on Saturday night