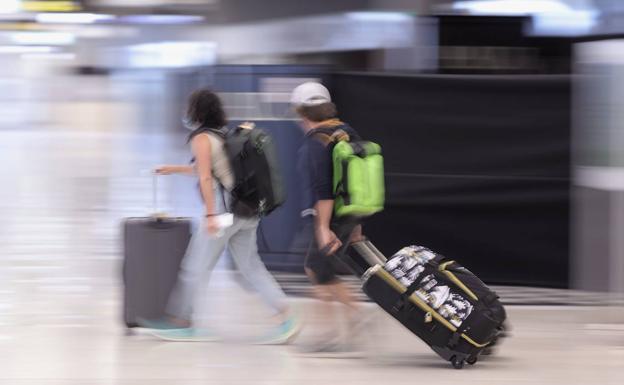 The cumulative incidence among twentysomethings grows 73 points and stands at 366 cases, compared to the general rate, which is 134

The curve of the pandemic in Spain
begins to take an eerie upward direction, with cumulative incidence (AI) growing faster each day. This Thursday it stood at 134.31 cases, 17 more than the previous day, and it already left the psychological barrier of 100, which was exceeded on Monday, far behind. But above all, the update of data from the Ministry of Health reignites all the alarms due to the enormous rise in incidence among the youngest. In the group between 12 and 19 years it rises to 345.26 cases and between 20 and 29, to 366.74, 73 more than on Wednesday.

But it is that, in addition,
the outlook for the next few days is not at all positive. The seven-day incidence, which to be favorable has to stay below 50% of fourteen, far exceeds that percentage. It is found in 82.35 cases, exactly 61% of the AI ​​at fourteen, a figure that allows us to predict that the curve will continue to spike upward for many more days.

The relaxation of health measures and the end of the school year, with the consequent parties and trips, continue to trigger infections among the population that has not yet received the vaccine and no one doubts, neither in the Ministry of Health nor in the autonomous communities , that only a massive immunization of this group can prevent a fifth wave that this time would be totally asymmetric by age, since it would affect, almost exclusively, those under 40 years of age.

Because that’s what the statistics from Carolina Darias’s department show now. If only people under 30 years of age live in Spain, a band that is moving in incidences above 345 cases, the entire country would be in an incidence of extreme risk. However, the very low incidence in the group of people over 60 years of age, which meets the goal of less than 50 cases, offsets the national average and, incidentally, reduces deaths from covid as much as possible.

And it is that the most dramatic indicator of the pandemic, that of the deceased, offered this Thursday such a low figure, eight deaths, that it has not been remembered since the end of August, when the country was still reaping the fruits of the spring home confinement. In any case, the total number of deaths, with a positive test, is already 80,883.

Instead, positive cases escalated to very worrying levels. The ministry recorded 12,345 new infections in the last 24 hours, a record that also goes back many months. Not so many infected were seen in a weekday since February 18 (except for June 10, a Health adjustment), when Spain was still down the curve of the very harsh post-Christmas third wave. The global number of infections since the start of the pandemic increases to 3,821,305, according to official statistics.

In the roller coaster that is now the Health data, the positivity rate also stands out, in the negative, which climbed yesterday to 5.41%, compared to 5.20% on Wednesday. The World Health Organization warns that over 5% there is community transmission of the virus.

And on the other hand, hospital pressure stands out for the better, which continues to fall. The total number of beds occupied by covid patients is 1.94% (1.95% the day before) and in ICUs, 6.38% (6.52%), levels much lower than those of months Past cases, which are explained by the fact that young people who are infected need fewer hospital resources than older people, although they are not exempt from suffering severe covid, as shown by the hospitalization in intensive care of an 18-year-old teenager from Elche. Currently, there are 2,357 covid patients admitted throughout Spain (2,375 on Wednesday) and 584 in the ICU (601).

Vaccination of those under 40 years of age is now a race against time to reduce the number of infections as much as possible and in this sense, the daily data of the immunization campaign do offer reasons for hope. Yesterday, Spain again broke the record for doses given in one day, with 747,589: 15 out of every thousand Spaniards received a puncture yesterday.

Around 98% of those over 70 years of age have received the complete guideline and the percentage is also high among those between 50 and 59 years old, 75.9%. The main gap, due to the risk it still entails, is observed in the group between 60 and 69, where only 48.9% have the complete pattern. The worst nightmare of epidemiologists is that the children of this cohort (under 30 years, with total vaccination rates of 5%) become infected in large numbers and may end up infecting their parents. The European Medicines Agency yesterday asked countries to speed up vaccination to prevent the spread of the Delta variant.