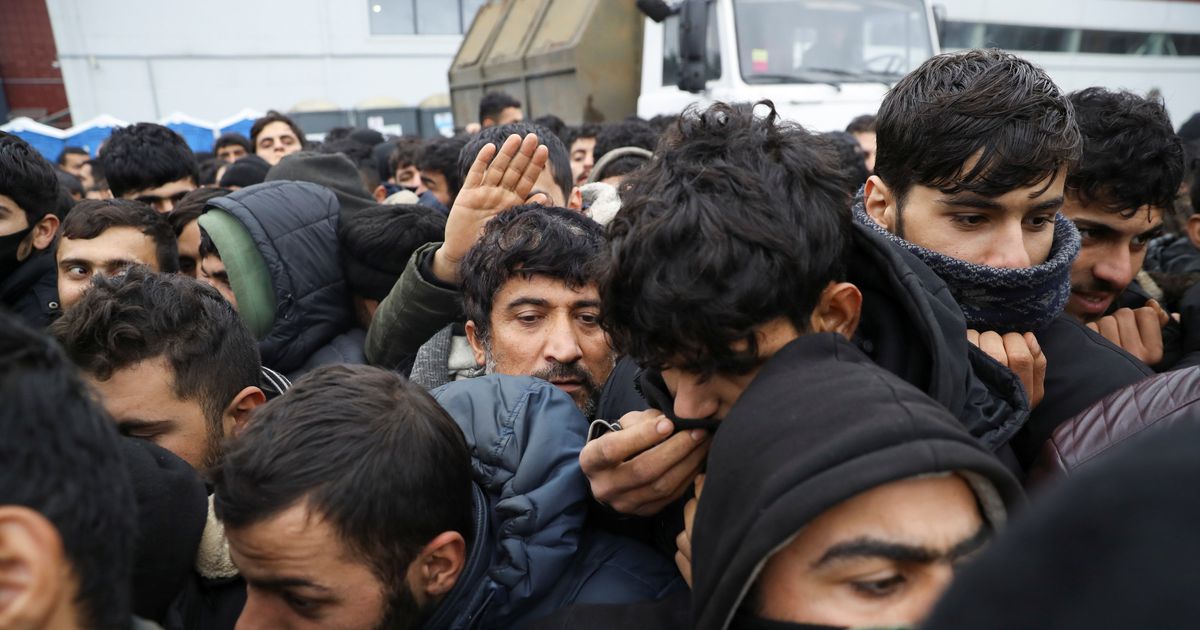 The European Union has accused the Minsk regime of seeking to avenge support for the Belarusian opposition and of sanctions against Belarus in response to last year’s violent crackdown on protests.

Ukraine, which borders both Belarus and Poland, feared that migrants might try to enter its territory and then go to EU countries bordering Ukraine.

“In the event of a threat to the life and health of border guards and law enforcement officers, we will use all means of protection provided by law, including firearms,”

Poland used tear gas and a water jet this week against migrants, who stoned Polish security forces and tried to cross the border.

Several countries, including Poland and Ukraine, believe that Belarus’s ally Russia is also behind this migrant crisis.

Monastirsky expressed concern today that Russia could divert the crisis to the Belarusian-Ukrainian border.

“We do not rule out the possibility that Russia will decide to purposefully send a large number of illegal migrants through Belarus to our territory,” the minister told parliament.

“We are preparing for this situation systematically and thoroughly,” he said, adding that the situation on Ukraine’s border with Belarus is currently under control.

Ukraine announced last week that thousands of border guards and security staff would be deployed on the border with Belarus in preparation for a possible crisis.

Airlines are trying to return their planes to the air. Techniques are delayed by snakes, scorpions and nesting insects iROZHLAS

Yves Van Laethem calls on the population to respect the measures to avoid confinement: “The disaster scenario would be comparable to the first wave”