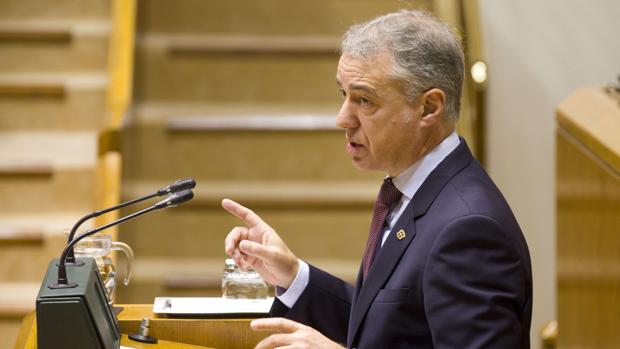 Pedro Sánchez keeps the communication channels open with the Basque Country, where a PNV awaits, which, despite being weakened from the vote by mail count, retains the six seats that allowed him to play a leading role in the Congress in the past term. From the nationalist formation they neither confirm nor deny that there have already been advances in the negotiation with the PSOE, although their interest in approaching positions is manifest. The party also has the backing of Lendakari, Iñigo Urkullu, who yesterday publicly showed his "absolute" readiness to guarantee governance in Madrid.

From the statements made by the Lendakari in the plenary session of the Basque Parliament, it follows that its Executive, supported by PNV and PSE, will not put obstacles to the investiture of Pedro Sánchez, although he will not give his support either. The nationalists will insist on the transfer of more than thirty powers that the PSOE agreed to negotiate last year, but the Lendakari also trusts that the new government will give a "realistic" response to the "territoriality problem" in Spain. "I hope that the first agreement will be able to integrate enough sensitivities," he added.

Urkullu reiterated that "there is no time to lose to ensure governance" in Spain, and although "much remains to be done," he said that in recent days there has been a willingness to understand all parties.

«There is no time to lose to offer answers to economic, social, territorial and political challenges»

The position of the president of the Autonomous Government is similar to the one that high positions of the PNV have been defending in recent days. Among them, his spokesman in Congress, Aitor Esteban, who received a call from the socialist Adriana Lastra as soon as he transcended the pre-agreement with United We Can. Basque nationalists say they will be "constructive," but insist that the time has come to "talk about the program." "We want to see concrete policies," they have advanced.

Wink from Bildu to Sánchez
The step forward of the PNV entered the calculations of the PSOE, but the hypothetical support of the party headed by Andoni Ortuzar would not be enough to govern. There is a certain possibility that Sánchez needs the favor of the independentistas, and in this section is EH Bildu. According to Víctor Ruiz de Almirón, the socialist party would not reject the abstention of the Basque separatists, although a meeting with them is not expected.

Arnaldo Otegui, general coordinator of EH Bildu, has already made it clear that if the socialist leader wants to negotiate he will have to offer something in return. Specifically, the sovereignist referred to the right to self-determination, the freedom of imprisoned politicians and social policies that do not benefit the "economic elites."

At the moment, it seems that the headquarters of the Basque party like the movements of the PSOE. Without going any further, EH Bildu deputy Jon Iñarritu said yesterday at ETB that Pedro Sánchez is "on the right track" in regard to the crisis in Catalonia by betting on "dialogue." "You have to go there," said the Batasuno, who nevertheless claimed the acting president "guarantees" that he will stay on course, because during the campaign he has already shown that he is able to change from "fishing ground" to "catch a vote of other parties ». .