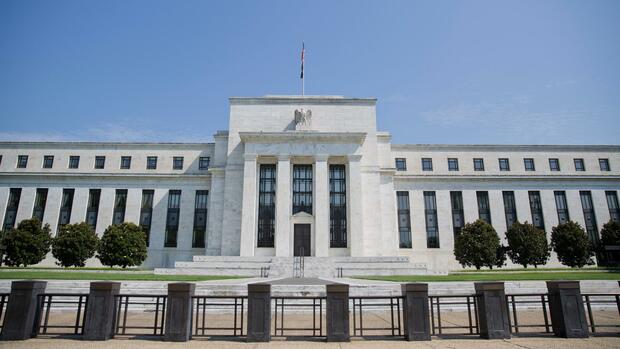 new York It’s a surprise for the markets: The Federal Reserve cut interest rates on Tuesday by 0.5 percentage points to a range of one to 1.25 percent. The equity markets rose sharply shortly after the announcement, but quickly lost profits again. Most recently, the Dow Jones was slightly down at 26,641 points, the broader S&P 500 was up 0.2 percent at 3,101 points, and the Nasdaq technology exchange index was up 0.6 percent at 8,929 points.

“The fundamentals of the US economy remain strong. But the corona virus is a Risk for economic activities “ the Fed announced. Therefore, the central bankers unanimously decided to intervene with a significant and unscheduled rate cut. Interest rate hikes are usually 0.25 percentage points.

Fed leaders Jay Powell faced a difficult decision. Lessons from the financial crisis show that the Fed shouldn’t wait too long and act too slowly. On the other hand, the central bank does not want to run off its powder too early. Powell cut interest rates several times last year after US President Donald Trump repeatedly put pressure on the central bank.

After the announcement, US bank stocks in particular came under pressure. Lower key interest rates could on the one hand ensure more stability on the markets, on the other hand they lead to less interest income.

After the turmoil last week, bond markets had put pressure on it. The yield on two-year government bonds has dropped below one percent for the first time in years. A number of market observers had therefore expected a drastic rate hike. “That’s what the markets want, and the Fed tends to do just that,” says independent economist Ed Yardeni.

A press conference is scheduled for 5 p.m. German time. An pressing question is whether the Fed sees the rate cuts as a temporary step and will raise rates again as the virus wanes and the economy stabilizes.

Some analysts believe that the Fed could even cut the base rate to zero this year. The next regular meeting of the central bank is scheduled for March 17 and 18. Discussions are currently underway as to whether further interest rate cuts could then be made.

However, it is unclear how much lower interest rates can actually do so. “The Fed cannot fight the virus,” Yardeni said. This is about supply chain problems and medical solutions. Monetary policy cannot do much here.

The central bank’s proactive decisions “are always difficult,” said Randall Kroszner, economics professor in Chicago and former Fed governor on the US stock exchange broadcaster CNBC. “On the one hand there is a risk of unnecessarily unsettling the markets with this step. On the other hand, the Fed can quickly be criticized if it does not intervene early. ”

Treasury Secretary Steven Mnuchin said tariffs on Chinese goods would continue to be maintained. However, he promised help for small and medium-sized companies.

More: All developments regarding the corona virus in the news blog.

“We plead with you”: Greens write to Seehofer about refugee children – Berlin