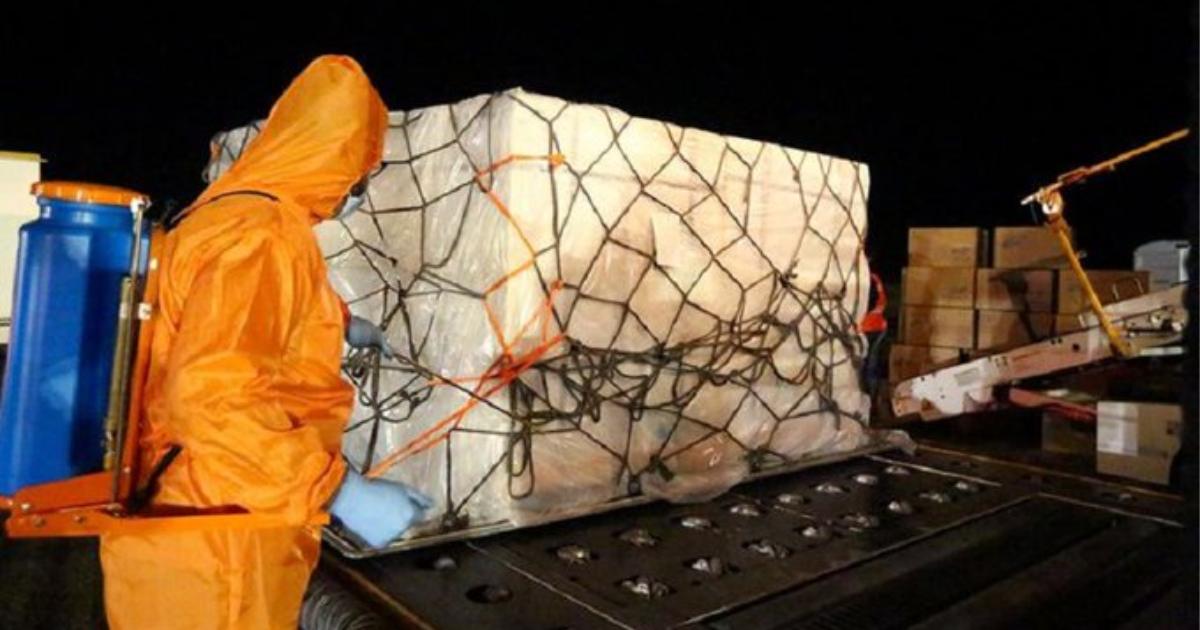 Venezuela received on Sunday a second batch from vaccines against him covid-19 through the Covax mechanism, with the arrival from 2.5 million doses, when the government He says that he seeks to reach the immunization from 70% of the citizens.

Representatives of the Pan American Health Organization (PAHO) on Venezuela, from Unicef, and the Venezuelan government were present at the international Airport from Maiquetía on the outskirts of Caracas to receive the dose early Sunday morning.

Venezuelan Health Minister Carlos Alvarado said that along with the vaccines supplied by Covax, the OPEC nation also has doses of Sputnik V from Russia and Sinopharm from China to inoculate its population, in addition to the Cuban Abdala.

We already have in the country more than 29 million doses of vaccines that will meet the goal that the president has demanded of us for October 31 (of having 70% of the population of about 28 million inoculated), “he said. Alvarado in statements released on state television.

The government has said that Venezuela already has 50% of its population vaccinated, but scientific academies and specialists assure that the percentage would reach 21%.

#EnVideo| Min. For Health, @AlvaradoC_Health, reported that Venezuela receives a new shipment with more than 2,500,000 vaccines, through the Covax mechanism. “The country has more than 29 million doses to meet the established goal.”#SimulacroElectoral pic.twitter.com/MvKgWvcWj2

President Nicolás Maduro assured for months that he had not been able to pay for vaccines due to US sanctions designed to force him out of office, but during the first half he said he had deposited funds to cover the Covax payment in a Swiss bank account.

The first batch of the Covax system arrived in Venezuela on September 7 with 693 thousand doses of the vaccine manufactured by the Chinese Sinovac Biotech.

In total, 11 million vaccines are expected to receive the South American nation through Covax, supervised by the GAVI alliance and the World Health Organization (WHO).

Since March 2020, at the beginning of the pandemic in the country, and until yesterday Saturday, the Venezuelan authorities reported a total of 382 thousand 266 infections and 4 thousand 606 deaths.

Guilds point out that the numbers are higher and that vaccination is slow.