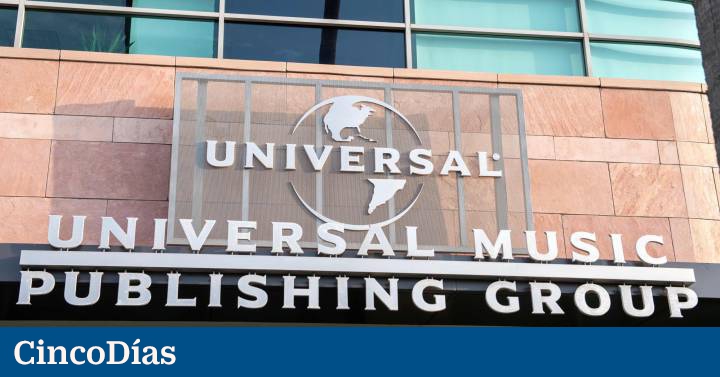 The French group Vivendi announced this weekend that it is studying to distribute among its shareholders 60% of the capital of the music label Universal Music Group (UMG), as well as for the record company to be listed on the Amsterdam Stock Exchange. The objective of the operation, Vivendi explained in a statement, is to reduce the “conglomerate discount” and increase the group’s market value.

A presence in the stock market, in fact, could give UMG more financial clout to compete with its main rivals in the commercial music world: Warner Music Group Corp. and Sony Music Entertainment.

It could also reduce the discount that some investors believe applies to Vivendi shares. While the original goal was to list in early 2023, Vivendi has accelerated its plans and is now aiming to complete the process this year. Shareholders will be asked to approve the plan at a meeting on March 29, Vivendi said, adding that the group led by Tencent favored the IPO.

Based in Santa Monica (USA), UMG is the largest music company in the world and publishes many of the best known figures in the sector, such as Lady Gaga, Elton John, Rihanna, Alejandro Sanz and J.Balvin.

Between last December and January, Vivendi already sold 20% of UMG to the Chinese technology group Tencent in two separate operations that totaled 6,000 million euros, which values ​​the music company at 30,000 million.

Vivendi explained in the statement that the interest of other investors in a part of UMG, even “at potentially higher prices”, now allows the management to study the distribution among its shareholders of 60% of the capital of the music label.

This operation would be carried out through an “exceptional dividend”, and will be debated in an extraordinary general shareholders’ meeting that will take place on March 29, and which must approve a modification of the company’s bylaws to move forward. If positive, the final distribution of the shares would be approved at another general meeting, which would be held before the end of the year.

Among other activities, the French company includes the television group Canal + (owner of numerous channels and audiovisual production companies in several countries), the advertising giant Havas, the creator of the video games Gameloft and UMG.

News and current news from Holzminden and the Weser Uplands: slip for CR7 and Co, Milan also fails: “Heavy slap in the face for Juve”