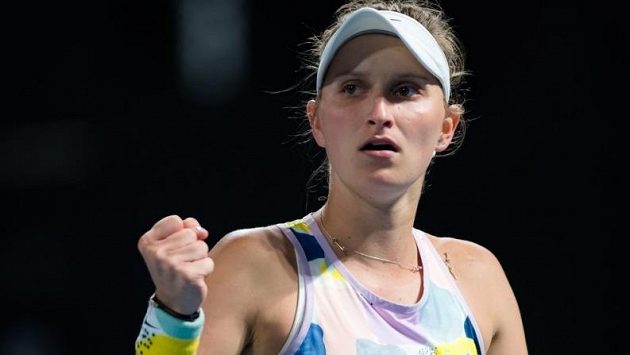 Czech tennis player Markéta Vondroušová defeated home team Anastasia Pavljučenková 6: 4 and 6: 2 in the quarterfinals of the indoor tournament in Moscow after a turnaround. In the semifinals, the silver Olympic medalist will face Anett Kontaveitová from Estonia, who managed 6: 1, 6: 1 with the former world number one and the winner of Tereza Martincová from the second round, Garbiňa Muguruzaová.

Markéta Vondroušová in the archive picture

Twenty-two-year-old Vondroušová did not enter the match with the sixteenth player in the world well and Pavljučenkovová took the lead 4: 1. But then the 35th player of the ranking gained seven games in a row, reversed the development of the duel and advanced to the semifinals for the fifth time this season.

Vondroušová will strive for the sixth final participation in her career against Kontaveitová, who defeated the two-time grand slam winner Muguruzaová from Spain in 49 minutes. So far, she has won the title only, four years ago in Biel, just after the victory over Estonia, which she defeated in Wimbledon this year in the second mutual duel.

Kateřina Siniaková, who, alongside Latvia’s Jelena Ostapenková, advanced to the finals through the Czech pair Marie Bouzková, Lucie Hradecká, will compete for the doubles title in Moscow.

What are the vaccines available against COVID-19 today in Bogotá