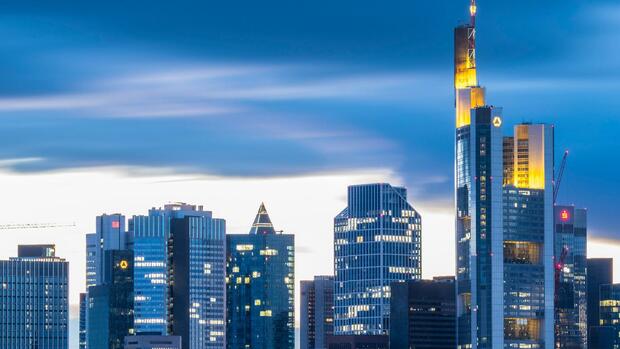 Frankfurt The Commerzbank is holding a virtual general meeting for the first time this year because of the corona crisis. But even without protests from small shareholders on site, there will be no shortage of critical topics at the event on May 13.

Added to this is the criticism of Commerzbank’s remuneration system. The influential voting rights advisor Glass Lewis and his German subsidiary Ivox recommend that shareholders reject the slightly modified remuneration system for members of the Management Board in March 2020. This emerges from the recommendations of both companies for the Annual General Meeting, which are available to the Handelsblatt.

“From our point of view, there is great potential for improvement in the company’s remuneration policy,” says the Glass Lewis study. The goals on which the variable remuneration of the Board of Directors depends are too vague and too focused on the bank’s performance in the past.

Anglo-Saxon investors in particular often follow the advice of proxy advisors such as Glass Lewis and ISS at general meetings. If the Commerzbank shareholders did not endorse the remuneration system, the Supervisory Board would have to deal with it again. Germany’s second largest private bank did not want to comment on this.

Criticism of the number of positions

In his study, Ivox also speaks out against the planned election of Jutta Dönges to the Commerzbank Supervisory Board. The co-boss of the finance agency is to be elected as the new representative of the federal government to the control committee in May – together with Frank Czichowski from the KfW development bank.

Dönges and Czichowski are to replace State Secretary Markus Kerber and Anja Mikus, who heads the State Fund for Nuclear Waste Management. After Commerzbank’s rescue from the crisis, the federal government still has a good 15 percent stake in the bank – and anything but satisfied with the development of the money house in recent years. In Berlin, some have hopes that Dönges and Czichowski can give new impetus to the supervisory board.

But at least Ivox has reservations about the Dönges personnel. There are no doubts about the manager’s qualifications, according to the study based on guidelines of the BVI fund association. “However, there are concerns about the number of mandates.”

Dönges is already a member of the supervisory bodies of the FMS Wertmanagement and the Deutsche Pfandbriefbank. In addition, there is her job as managing director of the finance agency, which Ivox rates as an “executive position” like two mandates.

According to this method of counting, your work on the Commerzbank Supervisory Board would be your fifth mandate. And that would be two more mandates than Ivox recommends for people in an “executive position”. “Therefore, this election should be viewed very critically,” said the voting rights advisor.

The finance agency did not want to comment on Ivox’s criticism. However, a spokeswoman pointed out that Dönges had resigned from the supervisory board of Eurex Clearing in order to avoid conflicts of interest.

In contrast to Ivox, the parent company Glass Lewis has no objection to the choice of Dönges. Other persons familiar with the personnel also consider the appointment to be sensible, after all the financial agency manages the federal government’s participation in Commerzbank and is in close contact with the institute anyway.

Dönges is also highly valued in Berlin because it closely monitored the Commerzbank strategy review. Some also believe that Dönges’ work at FMS Wertmanagement cannot be viewed as a full supervisory mandate.

The core remuneration system for Commerzbank board members has existed for several years. In March it was slightly adjusted to take account of the new requirements of the second Shareholder Rights Directive (ARUG II) and the new version of the German Corporate Governance Code. The most important innovation is that a maximum remuneration for each member of the Board of Management of six million euros per fiscal year has now been fixed.

When calculating the variable remuneration for 2019, the development of the bank and the respective department in 2017, 2018 and 2019 is taken into account. Glass Lewis criticizes this approach as backward and advocates “forward-looking” goals. However, this would have the consequence that Commerzbank could not set the bonus payments for 2019 until 2021 – and that the actual payment to the Management Board would then be postponed even further.

Voting rights advisers also take a critical view of the fact that the expectations of the Management Board are not described clearly enough. The performance goals are “only presented in a descriptive manner, but not clearly disclosed,” complains Ivox. As a result, it is not understandable for shareholders whether the goals for the Management Board are ambitious enough, emphasizes Glass Lewis.

Strictly speaking, these comments do not refer to the remuneration system, but to the remuneration report, which the Annual General Meeting does not vote on this year. Nevertheless, there are employees within Commerzbank who find this criticism justified. According to financial circles, the goals for the Executive Board in the 2020 financial year have therefore already been formulated more specifically.

It is of course another matter whether there will be any significant bonus payments in view of the Corona crisis 2020. In addition, the payment of Commerzbank management is generally rather below average compared to other institutions. In the past year, the total remuneration of the Management Board amounted to EUR 12.1 million. At the neighbourhouse Deutsche Bank the executive committee received almost three times as much despite a loss of billions.

how much do screening tests cost?

Corona crisis: do I have to keep paying my gym fees?