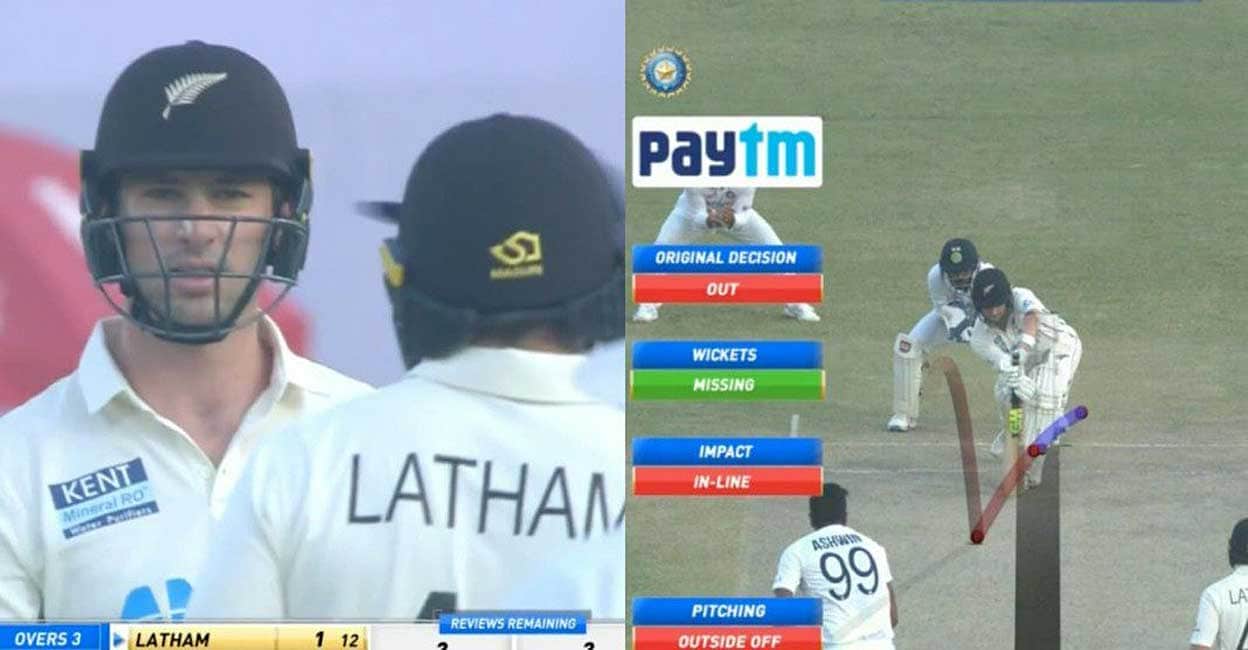 Kanpur: The Kiwis lost a valuable wicket in the final session of the fourth day when the umpire’s erroneous decision could not be reviewed within the stipulated time. On the fourth day of the first Test against India at the Green Park Stadium in Kanpur, New Zealand lost a valuable wicket due to negligence and carelessness. Will Young, the bright opener with a half-century in the first innings, was out.

In the fourth over, the umpire ruled that Will Young was out in front of the wicket off Ashwin’s delivery. Young reviewed shortly after. The request was rejected because the time limit for DRS had expired. The Kiwis’ frustration was doubled when it became clear in a later replay that Ashwin’s ball had moved outside the leg stump. The law requires that the field umpire be notified within 15 seconds of using the DRS.

India declared their second innings at 234 for seven in the second innings and set a target of 284 for New Zealand. Will Young’s service was crucial to the Indian spin attack on the fifth day as New Zealand lost their wicket due to negligence. Young struck 89 off 214 balls with 15 fours in the first innings. Young also put up a 151-run stand with Lom Latham for the opening wicket.

High Cholesterol Lowering Foods Naturally! There are 8 Foods to Lower LDL, Anything?

Banks take clients of e-shops on courses. They often have no idea