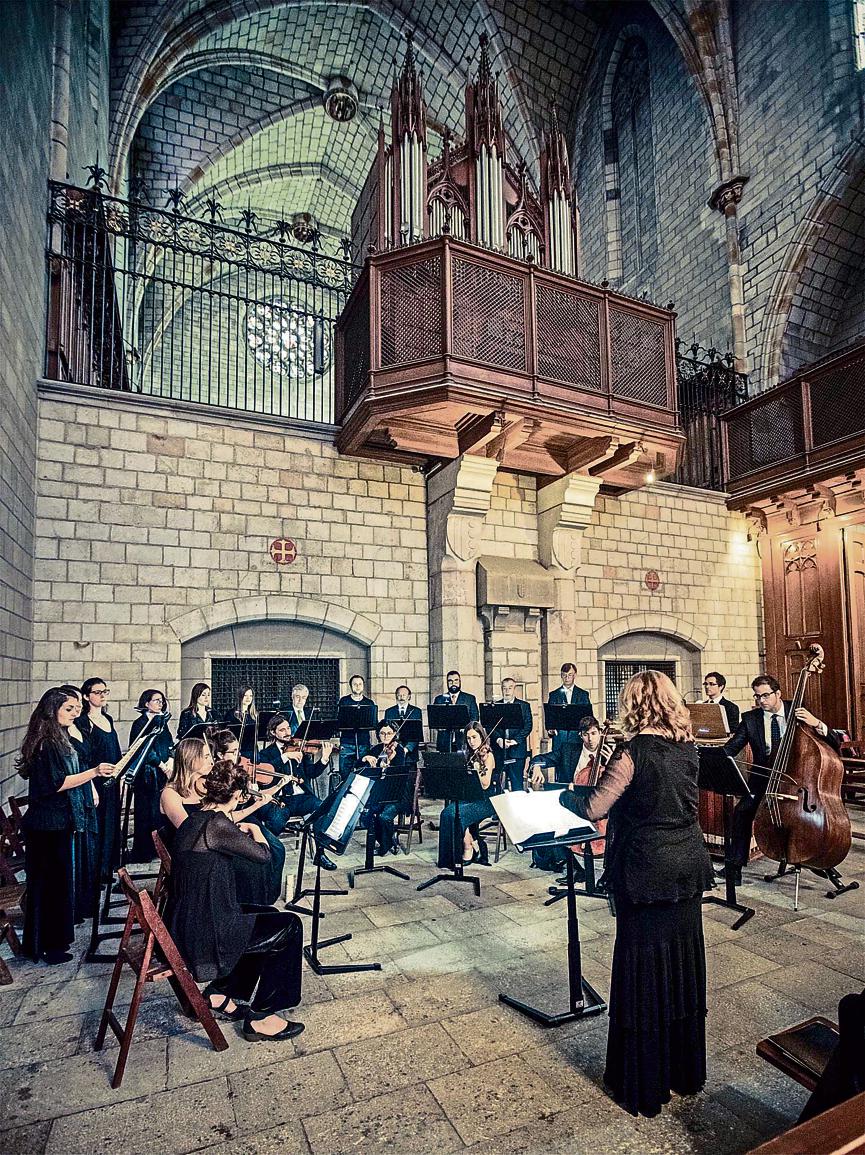 Visit Venice and enjoy an exquisite Vivaldi or a Monteverdi in the church that was its natural habitat; listen in the Karlskirche of Vienna a sublime Requiem from Mozart, or enjoy a marathon of Hail Marys in Paris churches like Saint Germain-des-prés. Is that a purely tourist activity or is it part of the cultural experience that every great capital aspires to offer its inhabitants and visitors? Barcelona it has an interesting musical offer in gothic temples e churches Baroque, but are you in a position to normalize it and provide a Bach or a Palestrina places with the proper aesthetic resonance?

"Why not? We have the churches, we have the musicians and we can invite the public, both local and tourist, because among the visitors there are music lovers and others who are not but who want to participate in a concert experience, ”says Joan Oller. The general director of the Palau de la Música is one of those who despite having his own room does not hesitate to take certain choral repertoires to the basilicas, such as Santa Maria del Pi, where Philippe Herreweghe directed last year The sources of Israel from Schein. “There are already interesting cycles – he adds – some excellent, like the polyphonic masses that Mireia Barrera directs, but it is clear that the offer could grow. It will not be a boom, because we are not so buoyant of audiences, but we must generate them.

Repertoires with their own identity

It is difficult to associate Barcelona with a mainstream repertoire and nostrat linked to the churches. In Europe the clergy once acted as patrons of great composers, but there is no Catalan Bach, nor a Monteverdi that can call sensitive tourism. Even so, the polyphony of Cererols and the whole montserratina school is not far from Bach and yes to the height of Victoria and Palestrina. Without going so far, Antoni Soler and Ferran Sors came from this school.

The suspicion of Pope Ratzinger

Undoubtedly, programming in Barcelona basilicas abounds more than it seems, but there was a time, with the Antiga Music Festival founded by La Caixa, where it expanded more. That was before Pope Benedict XVI expressed his concern about the musical use made of Catholic churches. At different times in its history, the Church has promulgated documents with recommendations to limit the repertoire to worship. Pius X proposed in 1903 to distinguish that music, other than the one heard in auditoriums or operas, because in the nineteenth century there were organists who attended an opera the night before and in the morning, in the mass, they made improvisations with arias of Bellini or Donizetti. The organist Juan de la Rubia explains: "The church wanted to re-value the purest spirit of religious music." Be that as it may, after a century, there were pastors who took Ratzinger to the letter and banned even singing a pavana or a love song at weddings. That distrust decreased in the last five years.

“There were always cycles in Barcelona: in Sant Felip Neri until Euroconcert had one and Ibercamera did recitals. And in Santa Anna el Palau he started a series of concerts, ”says Víctor Medem, from the Barcelona Overture festival, an event that has been extended to spaces such as the church of Sant Pau del Camp. But let's focus on the current offer, aimed rather at a local audience. There is the successful Cicle d'Orgue de la Catedral, whose instrument of the s. XVI was restored in 1994 by Gabriel Blancafort. Its large size, with 4 keyboards and pedal, allows you to interpret repertoire of different periods and styles, as will be demonstrated by the historic Montserrat Torrent on the 20th, in the second of the eight concerts of the cycle organized by De la Rubia. “It is not the only organ that has recovered in the last 30 years. In the Civil War many were destroyed and others were lost in the postwar period due to lack of use, ”says the head organist of the Sagrada Família. Yesterday the Cardinal Archbishop of Barcelona, ​​Juan José Omella, blessed another organ: that of Sant Vicenç de Sarrià, an Albert Blancafort of 2,577 tubes.

As for choirs, Francesc Valls sings at masses of the Sagrada Família – where it does not count to rent the room and close it for visits – and in the Cathedral (for example today at 10.30). And the Barcelona Ars Nova that Barrera directs offers three Misses Polifòniques a year during the liturgy at the Monestir de Pedralbes. This ensemble, made up of artists from ensembles such as Herreweghe or Savall, also offers two trades, for Christmas and Easter, in the Basilica Sant Just i Pastor, which we remember, with a recently restored historical organ.

Another proposal linked to the liturgy is the Bach zum Mitsingen, integral and participatory cycle of the Bach cantatas, from which the Bach Scholarship and the Bachcelona festival came about. More cycles to mention: that of the Catalan Baroque Orchestra in Sant Felip Neri (today at 7 pm), a church in which the Vespres d'Arnadí orchestra has had a stable cycle for three years, although it has ended up settling in the Palau , "A more fixed and adequate space for what repertoire, because the churches resonate too much," says Dani Espasa, its director.

Acoustics, its more and its less

When designing the Misses Polifòniques, Mireia Barrera and Josep Pons, musical director of the Liceu, made a tour of many churches in Barcelona: "There are beautiful but with good acoustics there are not so many, some are very resonant," warns Barrera. In the Mediterranean they are all of stone and just as Santa Maria del Mar succeeds at Christmas and Easter with repertoire for organ and large Messiah de Händel, his exaggerated reverberation does not respect the detail. Sant Felip Neri and Sant Just i Pastor are the most contested in this regard, and the Basilica de la Mercè is interesting, where the rector and organist – now with an organ signed by Gerhard Grenzing – organizes a cycle. Oh, and "the Chapel of Hope, where there are few trades, is ideal for recordings," says Espasa.

"There are not many cases here, but in Germany and northern countries, the spaces deacralized and converted into auditoriums are typical, prepared places that are adapted to certain music and that in the end we have paid among all," says Robert Brufau, director of L ' Auditor and promoter of the exquisite Llums d'Antiga festival that occupies various basilicas, such as Santa Maria del Pi. "It is a cycle that works well because more and more churches and chapels see that as a source of funding and revitalization of heritage."

Indeed, in Santa Maria del Pi, in the middle of the tourist area, there is a flamenco guitar with flyers that skillfully refer to (more expensive) performances by the same company in the Palau de la Música. For Mosén Armand Puig, rector of the Basilica of Sant Just i Pastor, the use must be another. "When implanted the rents can become cheap concert halls," he warns. While on the other hand it detects that musical sensitivity has grown in recent years. “We have passed the time of making simple music for people to sing in the church. It was considered that to participate was to sing, but with polyphonic masses it has been seen that it is also achieved with listening ”.

Festival d'Aix, modernity in all "Innocence"

"Scandal", blondes without filters – Culture / Next