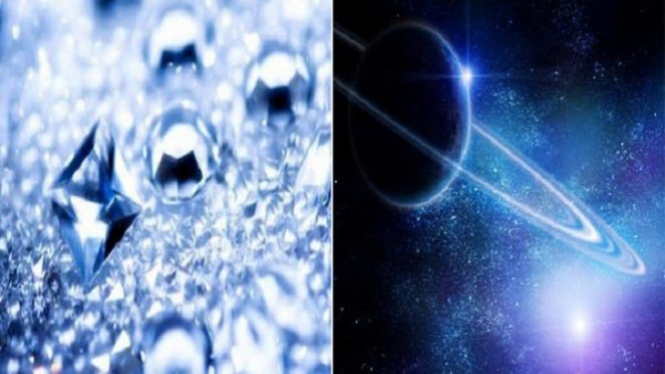 VIVA – Paul Sutter, astrophysicist and research professor, suggests that the planets Uranus and Neptune may have a constant rain of diamonds on their surfaces.

He believes that beneath the surface layers of the two ice planets there is a spectacular and continuous rain of diamonds. Both planets are truly unique because of their chemical composition.

They are described as ice giants made up of water, ammonia and methane. These constituents were in solid form when they entered the planet during its formation, either directly in the form of ice or trapped in water ice.

“Deep below the green or blue cloud tops of Uranus and Neptune, there is a lot of water, ammonia and methane. This ice giant likely has a rocky core surrounded by elements that may be compressed into exotic quantum,” he said, as quoted from site Express, Friday, January 14, 2022.

To understand what goes on beneath the surface of these icy giants, scientists are taking data from the information they have about these planets and combining it with laboratory experiments trying to replicate the interior conditions of the planets Uranus and Neptune.

According to Sutter, mathematical modeling helps astronomers understand what happens in a given situation based on limited data. “It was through a combination of mathematical modeling and laboratory experiments that we realized that Uranus and Neptune might have what is called a diamond rain,” he explained.

The theory of the existence of diamond rain on these planets was first put forward before the Voyager 2 mission launched in 1977. Scientists at the time knew very little about the two planets, they combined what they knew about the planetary constituents along with mathematical modeling.