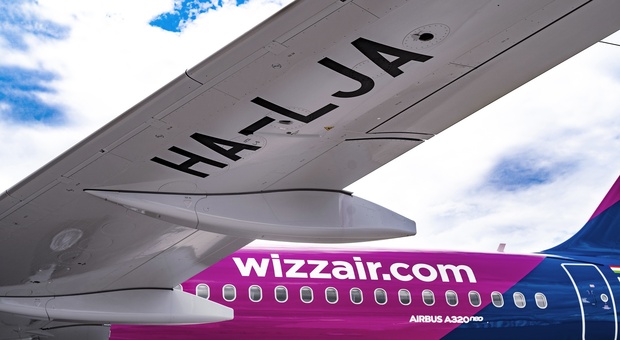 VENEZIA – Wizz Air opens its seventh Italian base, at the Marco Polo airport in Venice.

With 2 Airbus A321neo aircraft in one of the most important airline markets in Italy, and with the launch of 4 new national services and 12 international destinations to 9 countries, Wizz Air continues to grow its Italian offer to provide passengers with a wide variety of destinations. Wizz Air began operating in Italy in 2004, and has since carried over 40 million passengers to and from Italy on its more than 200 routes. Wizz Air is committed to continuing to develop its network and making travel accessible to more and more people. The establishment of Wizz Air’s newest base at Venice Marco Polo Airport, following the opening of the airline’s six bases (Milan Malpensa, Catania, Palermo, Bari, Naples and Rome Fiumicino) in Italy in just one year , underlines Wizz Air’s commitment to the country. Not only will the opening of this new base in Venice bring more economic growth to the region, it will also create over 70 new jobs direct with the airline and over 800 jobs in the related industries. The 2 Airbus A321neo will support the operations of 16 routes to Cagliari, Naples, Lamezia Terme, Lampedusa, Casablanca, Reykjavik, Mykonos, Santorini, Fuerteventura, Tenerife, Palma de Mallorca, Tallinn, London Luton, Tel Aviv, Prague, Sharm el Sheikh. Wizz Air’s extensive network of Venice will support local tourism, bring more capital to the region and connect Venice with 3 new and exciting, currently unserved destinations such as Reykjavik, Tallinn and Fuerteventura. Wizz Air already operates 10 services from Venice Marco Polo Airport to Catania, Tirana, Chisinau, Skopje, Bucharest, Cluj-Napoca, Iasi, Timisoara, St. Petersburg and Kyiv Zhulyany. «I am pleased to announce the establishment of the Wizz Air base at Venice Marco Polo Airport. This step – says Robert Carey, president of the Wizz Air group – represents a further important milestone for Wizz and for our passengers in the Veneto region. With our 16 new services to 9 countries, in addition to our 10 existing services to 7 countries, we are demonstrating our continued commitment to Italy as we grow our national and international network in the country. The 2 new Airbus A321neo aircraft, modern and environmentally sustainable and 50% less noisy, will ensure that Wizz Air protects the gems of Venice and the surrounding areas. Our crew can’t wait to welcome the first passengers aboard our planes with a smile ».

Wasteland 3 on Steam has more than halved the price tag

These Two Beautiful Students Share Tips to Get Into UI : Okezone Education